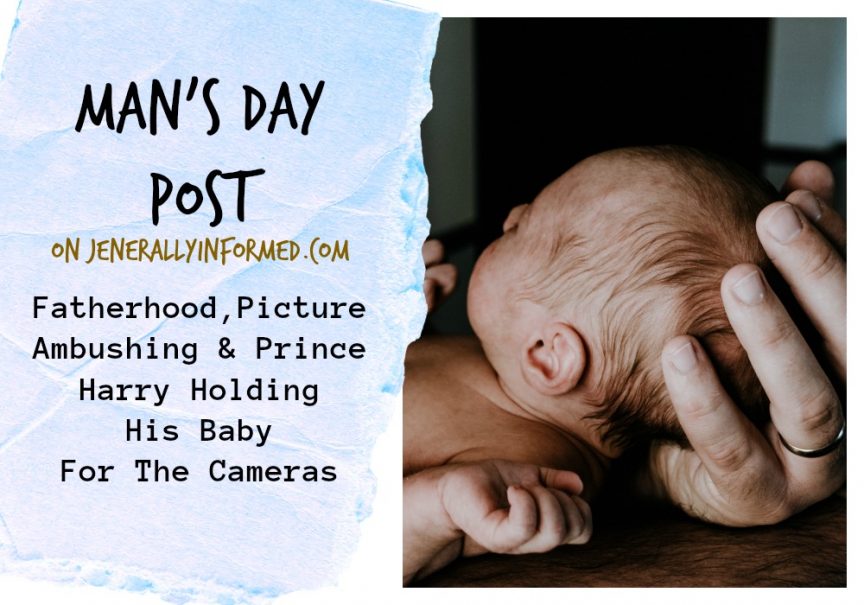 It’s been a while since we have had a Man’s Day post from my husband Jen’s Guy, and this one is good. So please give him a warm welcome! 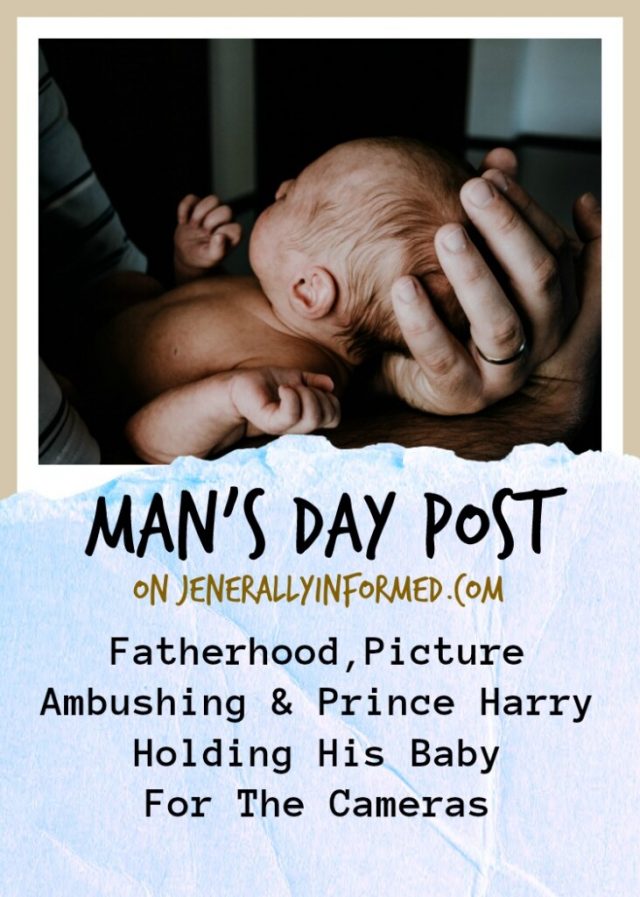 Oh Cosmo, Don’t ever change. I have had a run in with Cosmo before, on this very site. See:

This time I wanted to address this particular piece of inanity:

To recap: Prince Harry has so far commended his wife on giving birth to a human child, and he’s also held his own bb spawn in front of a camera. I get it. Royal babies are so cute! So exciting! Cheeks!

But. Isn’t it sort of sad that these displays of parenting—but really, of being a dad—are still so unexpected and noteworthy that they inspire this much attention? Mothering, on the other hand, remains invisible. (Not to mention, expected.) That is, unless you dare to stray from the classic mom playbook—or god forbid, make a mistake—then the force of a thousand judgmental tweetstorms will land in your mentions overnight.


OK, first of all, who talks like this? “Cheeks!? BB Spawn?” Second of all, I know that I just fell for trolling, but it brings up a larger issue that I want to address. Stop making good and right things a doormat to your unrelated crusade! It really is OK to let people enjoy a moment of a new Dad excited about being a new Dad without trying to turn him into a symbol of the patriarchy, at least for a few minutes or so.

Goodness knows, that this isn’t a just a problem in the Pages of Cosmo. Who can forget the “greatness” of this tweet that went viral just last year:

My culture is not your prom dress: US teen’s qipao sparks ‘cultural appropriation’ row on Twitter

Just to refresh your memory, some guy (a Vietnamese American) digitally assaulted a 17 year old girl on Twitter because she wore a traditional Chinese dress to prom and posted the pictures, subtly accusing her of racism. First of all, Vietnam is not “Chinese Culture.” That is the kind of mistake that might actually be made by someone who was racially insensitive. It isn’t YOUR culture, dude. Second of all, accosting a 17 year old girl going to prom for wearing a nice dress is NEVER OK. Generally accosting 17 year old girls by adults for anything that is perfectly legal, even if it is just on social media, is NEVER OK. It’s creepy and makes me despise whatever cause you are advocating for. There are times and places for your hot takes. This is not one of them. If there is going to be internet mobs, I humbly suggest that they be put to work keeping personal crusades where they can belong and not in “ambush mode.”

Here are areas that you should probably not adopt as a forum to “preach” your message:


Ultimately, the problem that we are having as a country is that we are just shouting at one another and not taking the time to understand one another and enjoying the accomplishments  that we all achieve from day to day. Take the time to enjoy a father holding his baby for the first time or a girl being excited about going to prom without trying to turn it in to some sort of platform to lecture others. You can’t really live like that without losing things that are important. And it won’t be long before people stop sharing those moments with you.

And also, as a final plea, understand that contrary to the Editor of Cosmo, Dads that do not appear in the pages of a celebrity magazine rarely receive praise for being a “good Dad.” And although, yeah, fathers don’t always deserve a cookie for getting the basic things right, but a bit of praise every once in a while never hurts and costs someone else pretty much nothing, and could mean the world to the person who received it. Trying to place who deserves what amount of kudos on a scorecard is also hurting society. If you see something good, call it out and be a counter to the wall of negativity that seems to be bleeding into so much of what we see and hear.

A dad’s take on fatherhood, picture ambushing & Prince Harry holding his baby for the cameras.

Thanks for the time, and as always, your wonderful feedback!

We did a little something tonight as a family #ari

Yesterday my mom passed away. Unfortunately, due t

We came. We saw. We conquered the Grand Canyon and

Hey mom take a picture of me in my unicorn swimsui