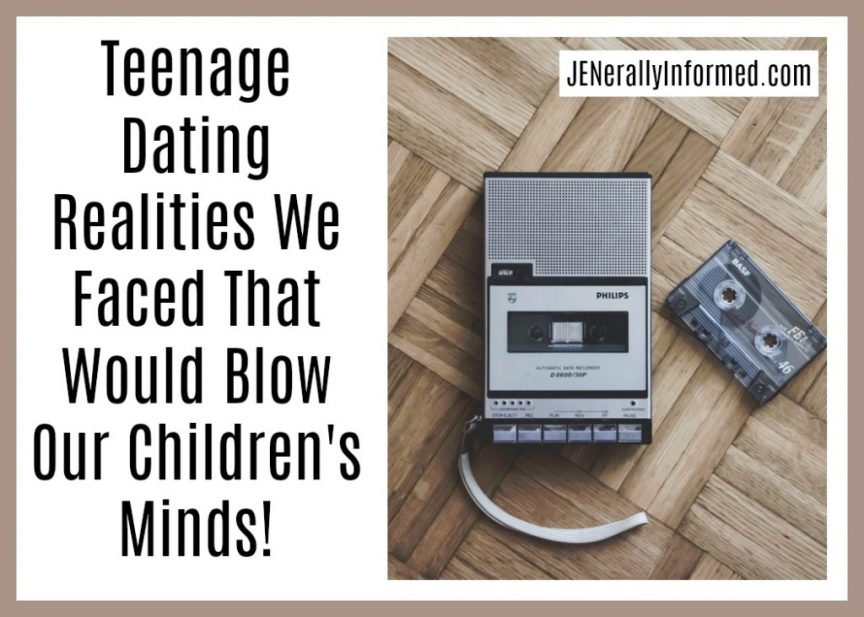 It’s been a long time since Jen’s Guy (my husband) and I have teamed up on a post together, and we KNOW all of you have really been missing it, right?! Anyways, our oldest daughter Sam just turned 16 and has started dating. We have noticed quite a few differences in how the whole dating thing goes down nowadays, versus how it was when he and I were in the dating world. We have tried to point these out to her, but instead felt a detailed list of some of the most significant differences, which we could use during future discussions, would be most helpful. So here we go, join us for a stroll down the 90’s dating memory lane! 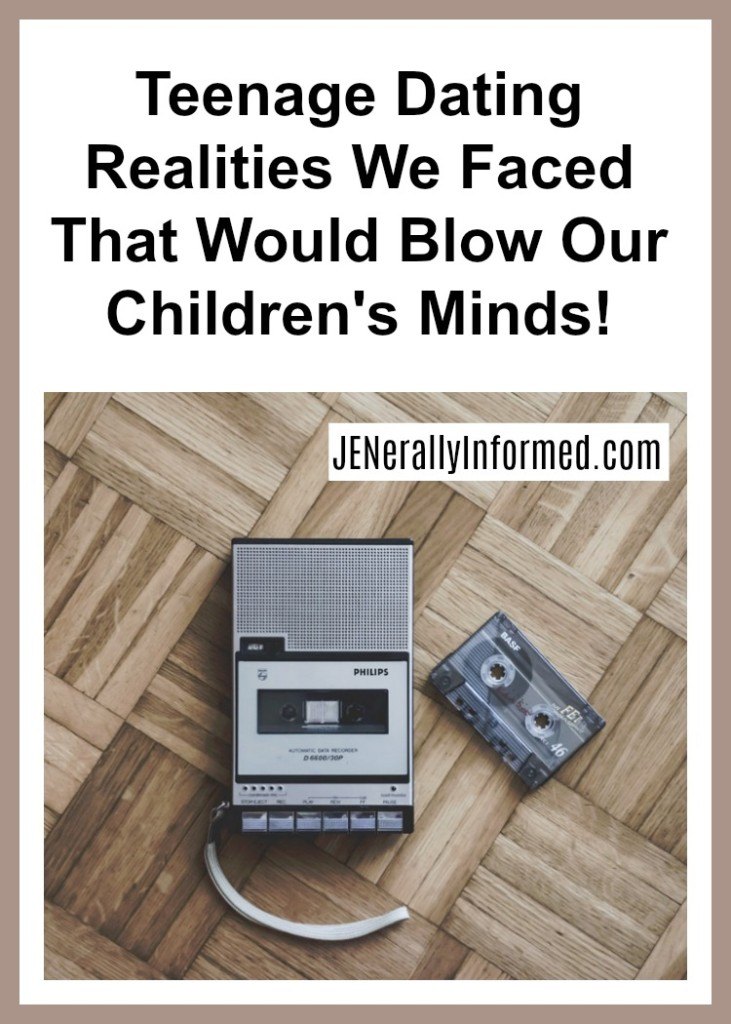 Jen’s Guy: Yeah, there was nothing in this world quite as terrifying as cold calling a girl to ask her out.

Jen’s Guy: Remember that kids didn’t have cell phones or personal lines back then, when you called the odds of the girl you are calling actually answering the phone were practically nil. There was nothing like having to speak to the girl’s father or mother to tell them you were calling to ask their daughter out. Both were still preferable to getting the little sister. “Veronica, there’s a BOY on the phone!”

Jen: Pretty sure I was that little sister, every single time. No regrets!

Jen’s Guy: That was assuming that you actually got the right number in the phone book. Otherwise you would go about informing the girl’s distant relatives with the same last name that you were calling to ask out their niece or nephew until one of them was kind enough to give you the right number.

Jen: Yep, before Facebook, relationship statuses were publicly declared by dedicating a song on the local radio station to the object of your affection.

Jen: It was way more romantic than that! The best is when they would actually record the person on the phone with the personal message, “I have never in my life loved someone more than Arnold, he is my everything!”

Jen’s Guy: Arrrghhh! I had repressed that stuff. The truth, it’s burning!

Jen: I guess that is why we would all eventually move onto the personalized mix tapes. Now THOSE were epic!

Jen’s Guy: Yep, we already covered them. We keep you pretty well INFORMED here, in a general manner. . .

Teenage Dating Realities We Faced That Would Blow Our Children’s Minds! #humor #parenting

How You Met Guys and Girls Before Social Media

Jen’s Guy: Literally picking a street and driving up and down it, yelling at other teenagers out of the car window.

Jen’s Daughter: Please, no! Mom, he’s making this up, right?

Jen’s Guy: And I made it look GOOD!

Jen: We called it “Cruising Speedway.”

Jen’s Guy: My stereo system was worth more than my car.

Jen: OK, this might be enough for today. Seeing as how the teenager just left the room and all. But never fear, we will be back some day in the near future to add to this list. And you are more than welcome to add your own mind blowing dating realities your kids would never understand in the comments section below!