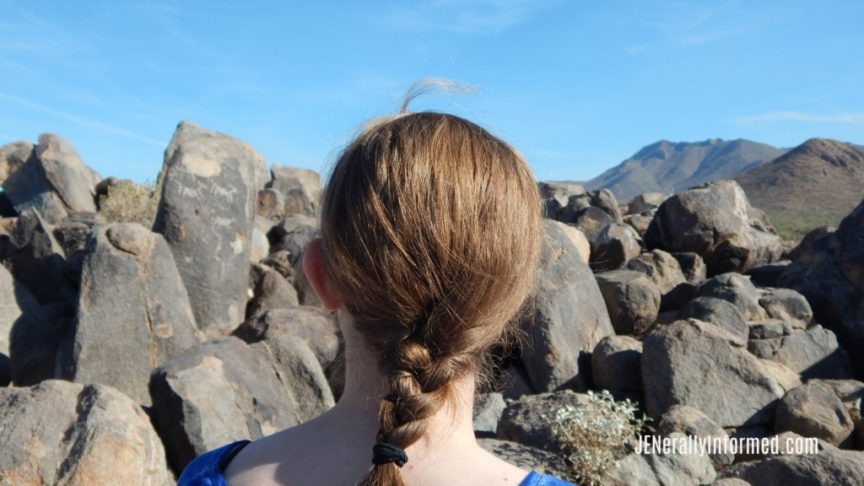 Right now I am sitting in my pj’s, eating a bowl of cereal, and typing away with gold spray paint stained fingers. I realize most women don’t go through life like this, but I guess I’m fancy. Although Anneliese says I should keep my fingers that way, because SHE thinks the gold is trendy! Would you believe, as the dignified PR professional which I am, one of my jobs is to ensure that we have gold shovels for a ground breaking ceremony taking place tomorrow afternoon. Thirteen gold shovels to be exact. I hope that no one at the hardware store needed one to do actual work. This is, however, better than last week when I was cleaning a women’s bathroom on a building that had sat vacant for a year, oh, about an hour before a meeting with potential parents. Yeah, that was awesome……….

Anyways, I thought you all might enjoy catching a little behind the scenes action for what is happening with the JENerally Informed family. We are a busy crew.

All The Words and Name Changes

As of tonight, my 4 year old has decided she is a real life fairy and she would like to change her name to Crystal. She would not respond to any other name this evening, so I guess if it sticks through tomorrow morning we may have a problem.

Last week we were driving in the car and as usual the 4 year old tried to fill every second with her chatter. One of the other children told her it would be nice if someone else could have the chance to talk. She responded by saying,” Don’t worry. Today I am going to use ALL of my  words, so there won’t be any words left tomorrow.”

She also spent a lovely morning last week preparing breakfast for Elsa and Spider-man. Because that is how we roll. 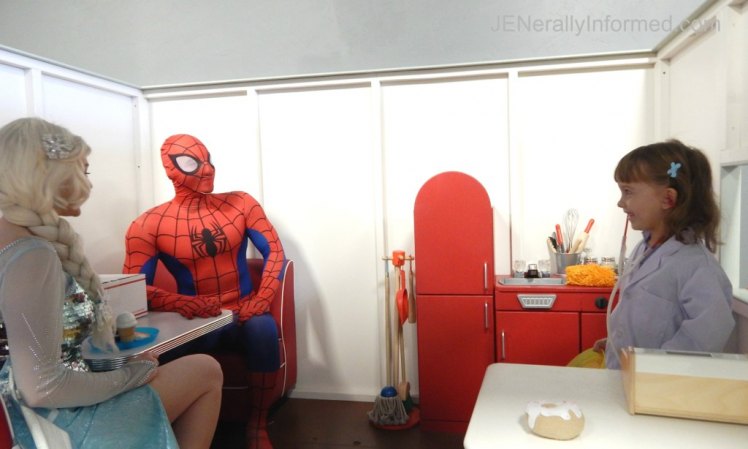 My 13 year old son and 10 year old daughter are in a school play together, Sleeping Beauty. My son is a student director, and the 10 year old is a loyal subject and an animal. She wasn’t sure what animal she was going to be until the bulk shipment of animal costumes the teacher ordered arrived. On the day the costumes arrived, the children were sent to pick out what animal costume they wanted. Rebekah was unavailable, so her brother Caleb went to pick the costume out for her. He picked a kangaroo…

Um, so I am pretty fluent in Sleeping Beauty, but I don’t remember there being a kangaroo in the forest. Except now there is, and my 10 year old is just thrilled I tell you with her brother’s choice!

Oh, and also lovely was the delivery tonight of a package of thirty shirts I received home that need to be dyed green for the green fairies entourage sometime in between the conclusion of the ground breaking ceremony tomorrow and school the next day. I think I am going to need a dozen donuts and a good Netflix binge fest to make it through tomorrow night! 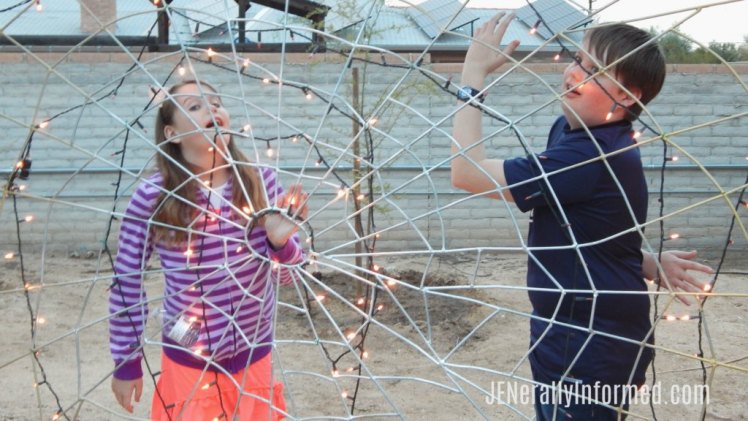 Thoughts on Dressing Your Dog Up

Many of your know about our cute little puppy Eddie who we adopted 2 Christmases ago. He has now passed a whole year with our family, and is pretty much the most spoiled dog in the whole wide world. Anyways, a few weeks ago he went into the groomers and had the full poodle shave job. He looked cute, but then we had a cold snap and the poor little guy was mostly fur-less. So what was an owner to do? Well this owner marched herself on over to the accessories aisle of my local pet store and bought him 2 sweaters. He now has a very Oxford “professor-esque” looking sweater option, and a more rugged hiker blue option. Some people in my family quite like this whole dressing a dog up business way too much, and so I think it’s a good thing he is a boy or my little girls might try and put a tutu on him.

Stories from a real family about strange forest creatures, the blood moon and dressing up dogs.

How many of you hit the great outdoors this morning at the crack of dawn to watch the super, blue, blood moon? I admit to feeling less than enthused for this event seeing as how it started at 4:45 am and everything, but it was pretty awesome. We snuggled down in the master bedroom and stepped out every once in a while to snap a picture from our 2nd story balcony. And so, actually, my former curmudgeonly self has to say it was pretty magical, especially when we saw a shooting star go streaking by. 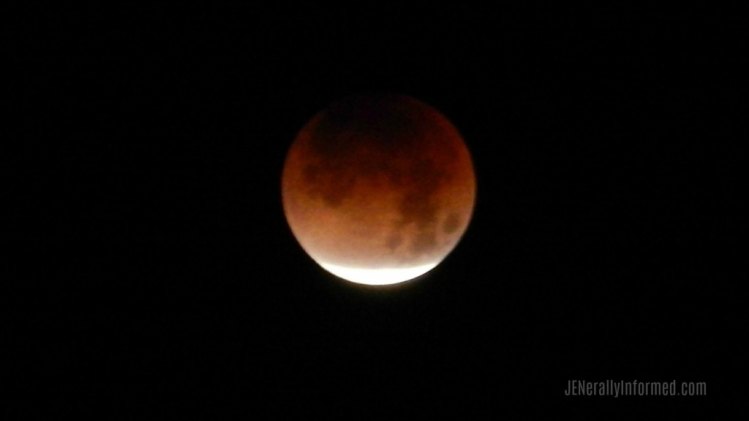 All Of The Rest

Jen’s guy is almost a week out on his cataract surgery and is healing well. The only bummer is the million eye drops he has to put in his eyes 2 times a day, because it is yours truly helping the guy out with this task. One of the drops I swear looks just like heavy whipping cream?! Blech!

And here is a little snippet about my 16 year old Samantha. She is now about 7 months out with this most recent flare up of optic neuritis. You can see the full story here, but the long and short is, there is no cure for optic neuritis, and actually there is no treatment. With time, the hope is maybe you get better. Sometimes you don’t. In general, optic neuritis is a precursor of an autoimmune disease, and at some point we may find out she has MS, leukemia or some other disease, so instead of sitting and waiting for bad news, we/she have chosen to try and live life to the fullest. We hope and pray that she will heal and there won’t be another flare-up, but we have no idea what the future has in store for her, so for now she is in 2 school plays, she’s a certified life guard, and is pretty much the coolest 16 year old you will ever meet. 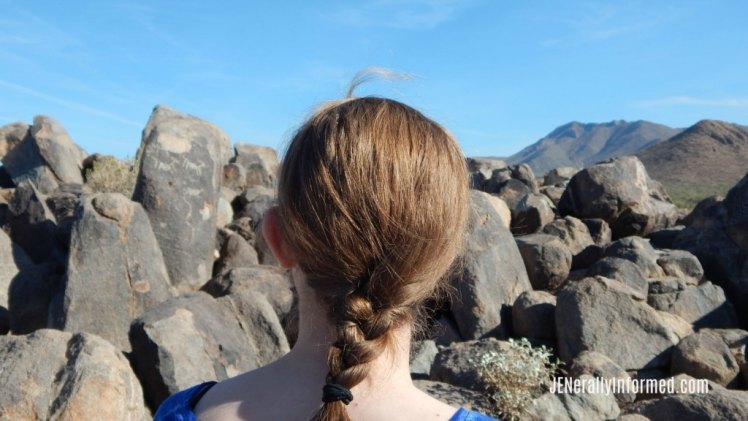 Did I mention she is now a licensed driver? Hooray for Jen’s Guy and I, right?! Talk about taking parenthood to the next level. We did make her take a course with the local police department before we would let her go out alone, but I have caught her “out in the wild” driving around without her noticing me, and she appears to be a pretty safe driver. She even makes full stops, unlike the rolling ones her mom makes…….

Alrighty then, I think this catches you up, so…. ready or not ground breaking ceremony, here I come! Perhaps first I should try to get some of this gold spray paint off of my fingers…..

Before you go make sure to sign up for my email list to receive my newest Wall Art Bundle! 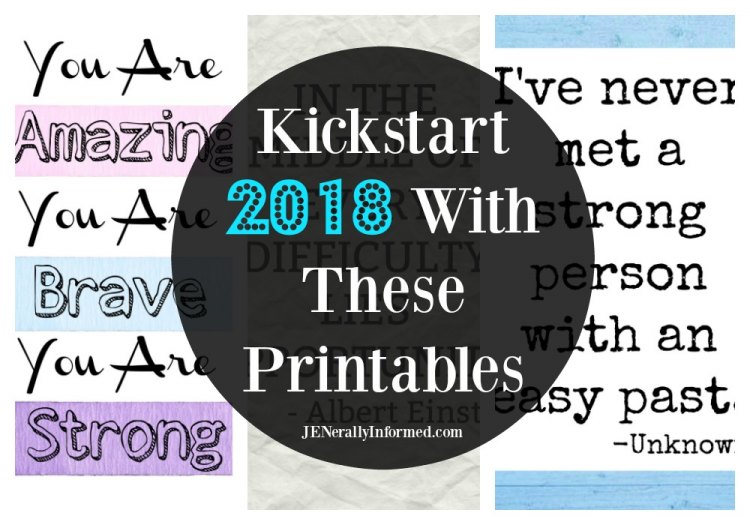