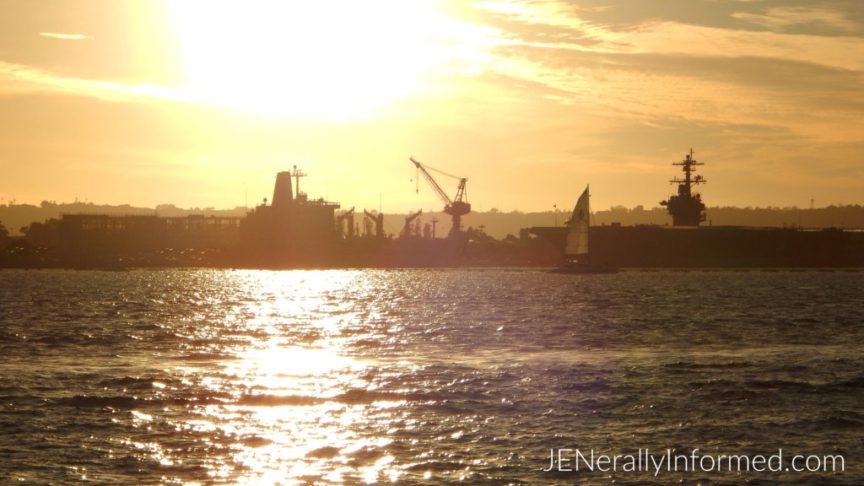 Last week our family took a much needed little vacation and headed for San Diego. It has been a long time since we have had the opportunity to do something like this and for desert dwellers like us, the ocean is a particularly powerful siren song. 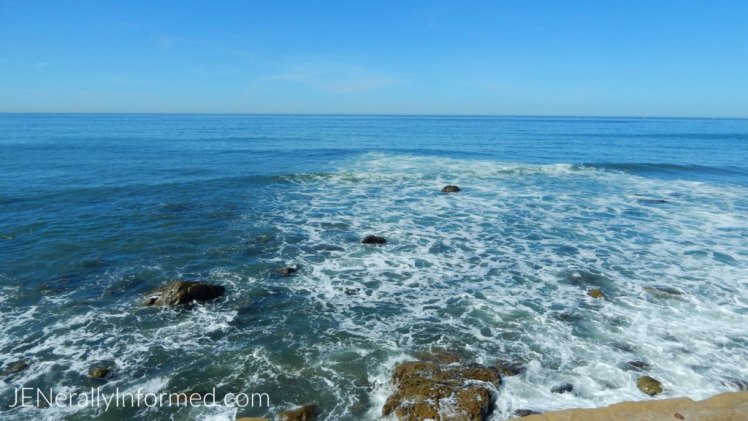 I don’t see myself as a photography guru or anything, but I think there is something about a picture that makes things seem more clear somehow. Or maybe it just feels that way to me. 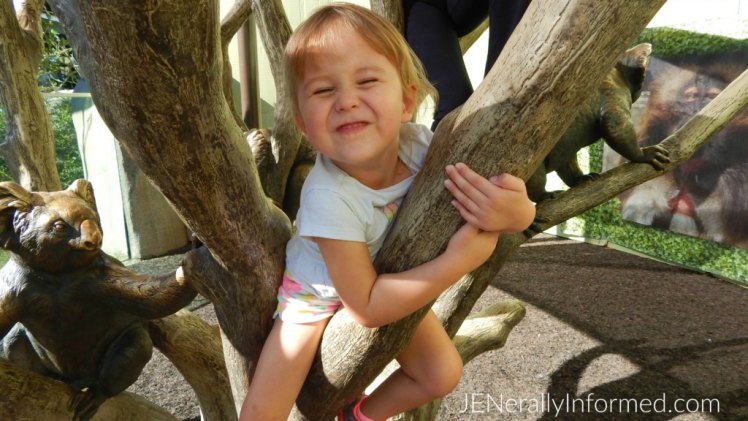 A photo not only freezes a particular moment, event or even a feeling, but it also clearly shows the passage of time. This last week I have been cleaning out my mother’s home in order to sell it and as I have looked at the various albums this passage of time is very evident. Even something that just happened a few short years ago tends to get that mystical “star in your eye kind” of feeling as you move forward. Because one day the children in those pictures are little babies and it seems like they will be that way forever, but then all of a sudden they aren’t anymore.

And I promise you it happens almost over night. 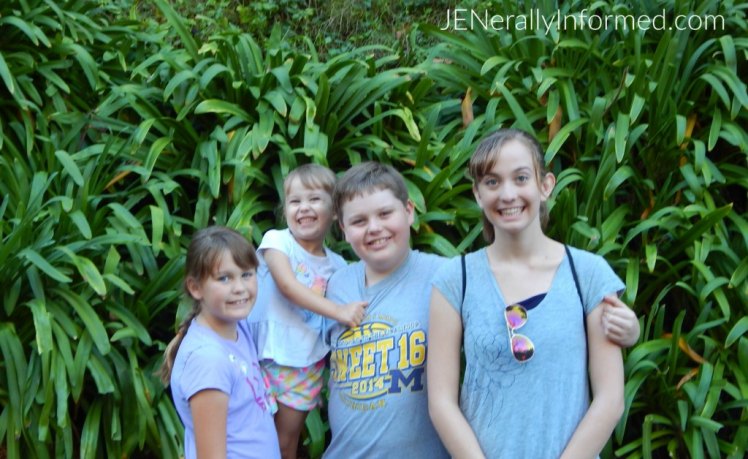 My 3 year old daughter Anneliese is obsessed with dolphins, pandas and koalas and this obsession is probably the primary motivator for the destination decision for our family trip.  Her quest to see pandas and koalas was indeed achieved on this first day of vacation. We will get to the dolphins later in another post. She may not remember it all, but I have the photos to prove she saw them.

I guess that is why they say a picture is worth a thousand words. 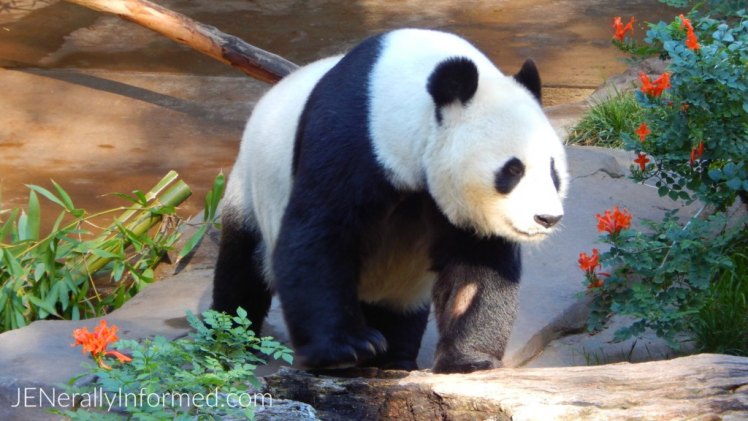 After watching this guy for quite a while, I understand her obsession with pandas. 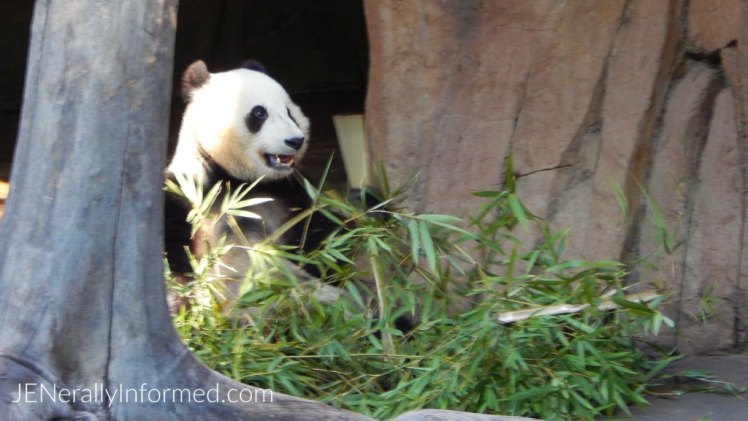 Plus doesn’t this little guy look like he has the answers to all of life’s questions? 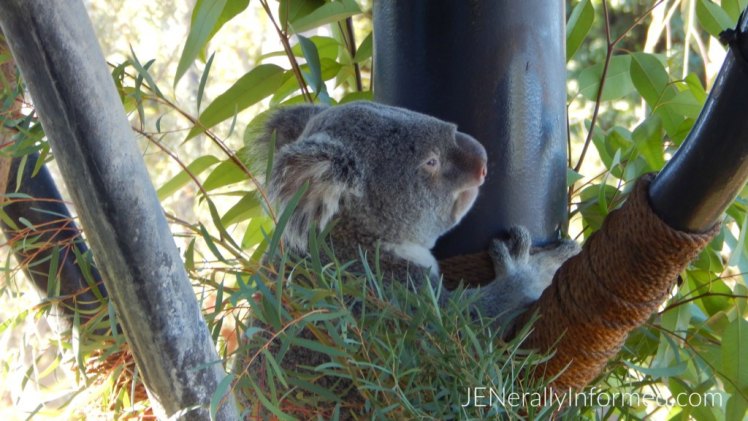 Come to think of it, I think that kids have most of the right answers on things. It is us adults who try to complicate everything. 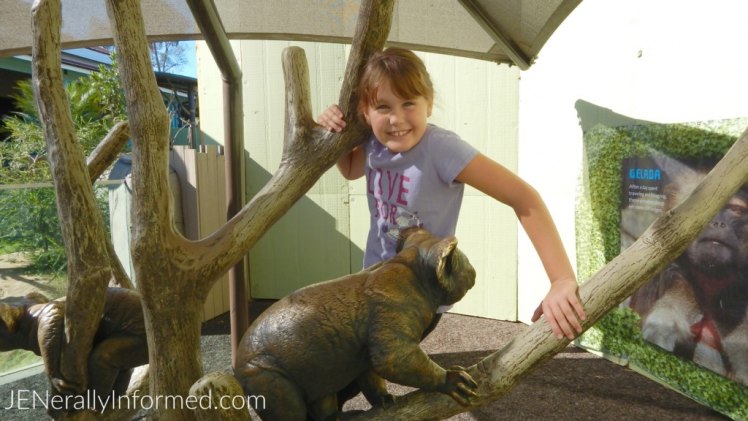 As my children get older, sometimes I see such sage wise souls in them and then, well, other times, they do something that reminds me they really are just kids. I think that’s kind of cool… Um “wocka-wocka?” 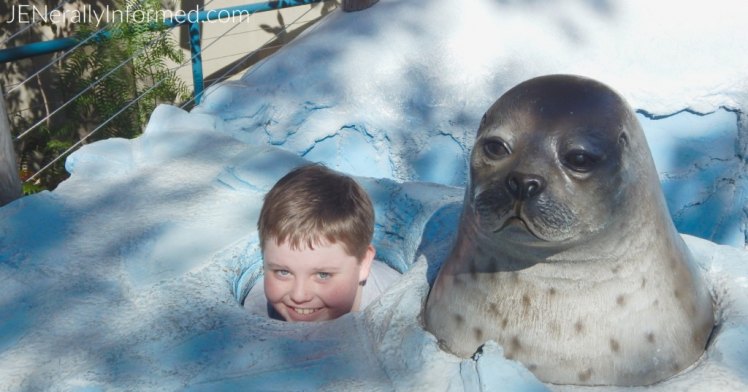 Also restored on this trip was a firm belief in both Santa and the power of “all seeing” reindeer. This guy made the 3 year old rethink her behavior in order to stay off the naughty list. I’ll take it. I think he might have just wanted to eat the granola bar she was munching on, but as parents we need to take our wins wherever we can. 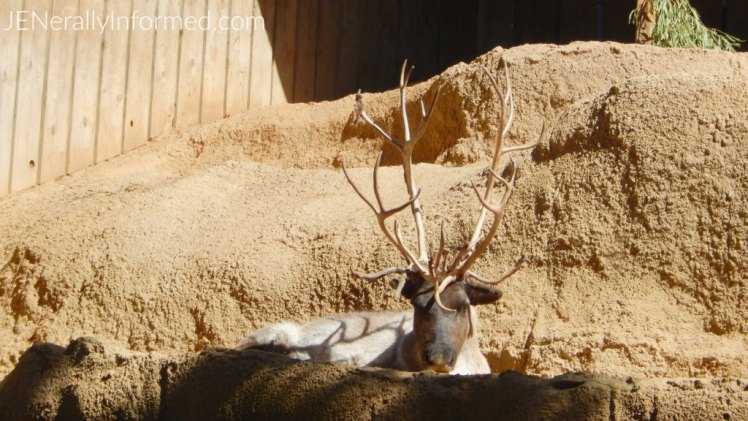 My 8 year old daughter Rebekah broke her arm this week in class and is now the proud owner of  a pink cast for the next 3 weeks. Last night she and I were talking about mistakes and she asked me if I had the power to time travel and stop things from happening would I? Absolutely, I think everyone wishes we had this super power.  There are most definitely some things I wish I could undo or make sure that they never had happened, but I wonder about the consequences of such things? 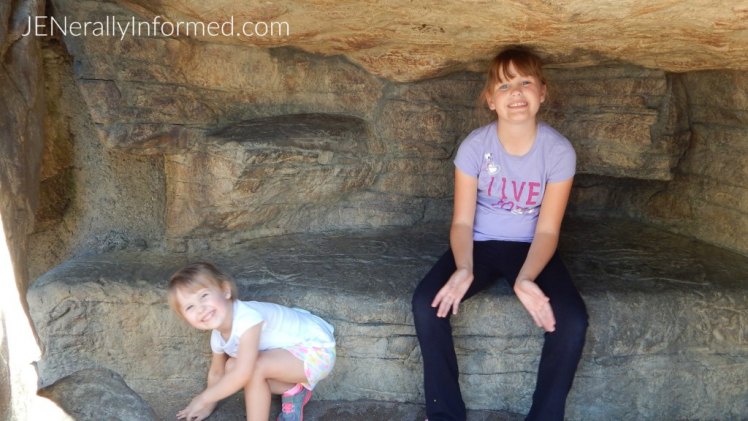 To demonstrate what I mean, my 15 year old daughter Samantha is particularity terrified of heights, but on this trip she sucked it up as we say in our family, and went on something that scared her. 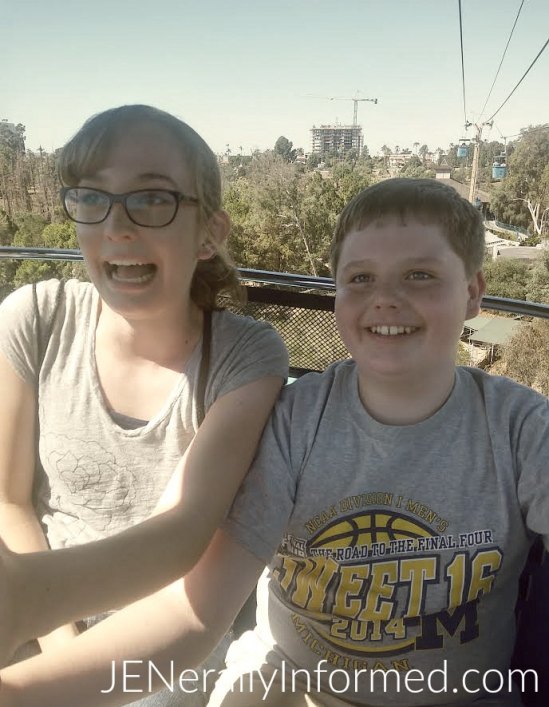 She did it even though she wished she weren’t there, but as she took a moment to look around she was able to see things from a different perspective. Mostly because she had been willing to step out of her comfort zone. I guess that is what the tough times in our lives do to us. They give us perspective, force us to grow and become stronger. 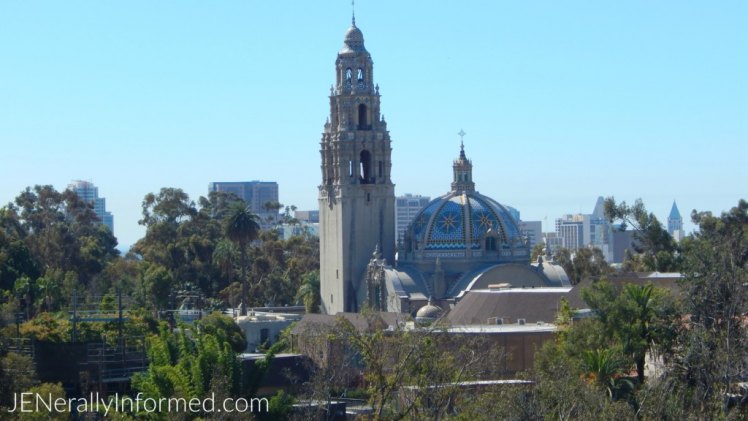 It helps us to appreciate the friendships we make and the people who love us and for me personally, it helps to more clearly see what I have right in front of me. Which is a lot. 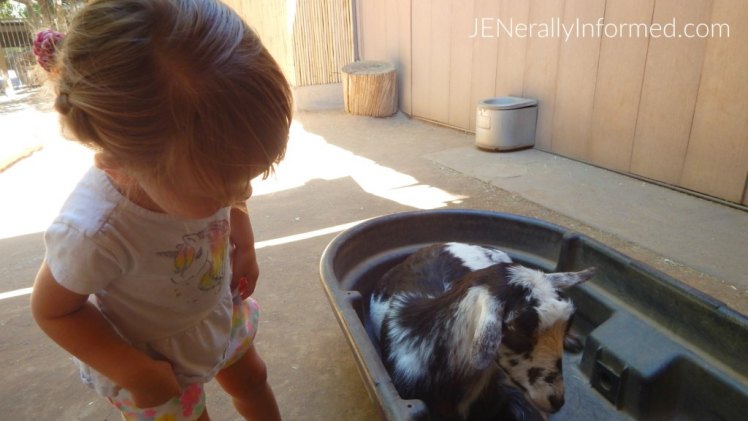 I guess this kind of is like what snapping a photo does? Come to think of it, maybe  I should snap more photos and see if God and I can agree that that is enough, and less growth opportunities are needed…. 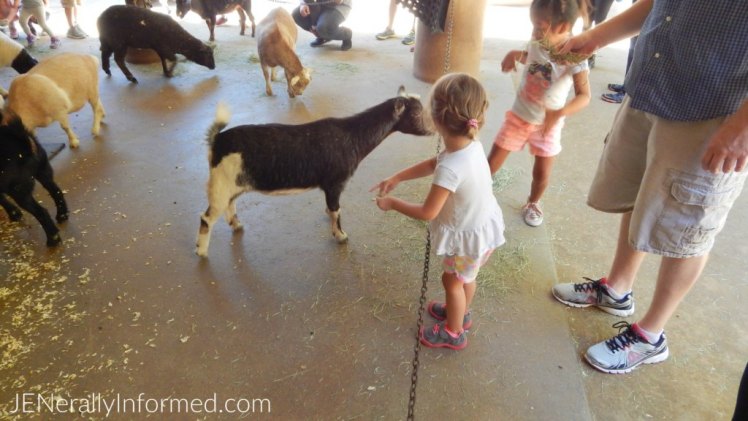 As an aside, this goat became known as “Goldie”. We spent about 30 minutes feeding her and a week out from our visit, Anneliese is still collecting leaves to “Go back and feed Goldie.” I guess that is the power relationships have in our lives. 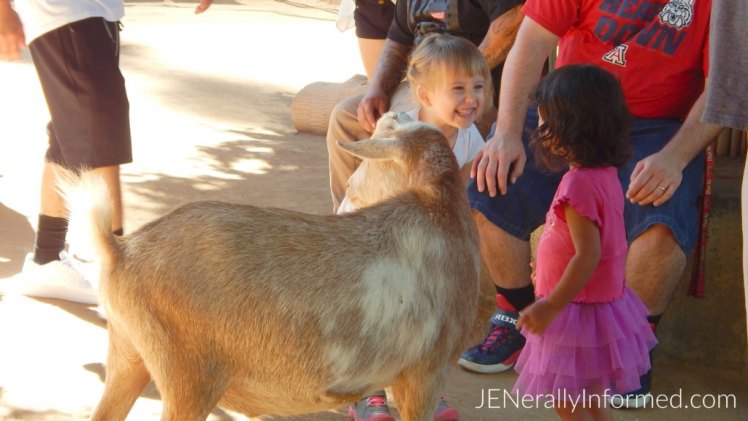 There have been a lot of changes in our family lately and a friend and I were talking about it. He told me that “change is good eventually, but man does it hurt sometimes.” Amen Brother! 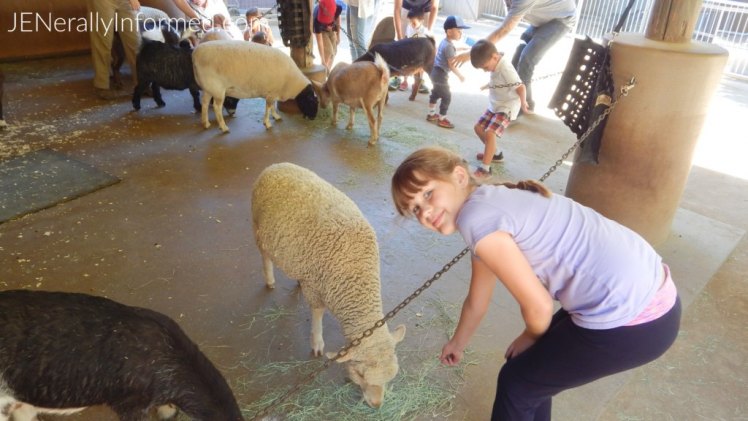 I wonder how often though if I could have seen the end before the change if I would have been less hesitant and more willing to go headlong into the change? But that isn’t the way it works and I guess that is why it makes our faith in the good that is out there so important. Because it is there. 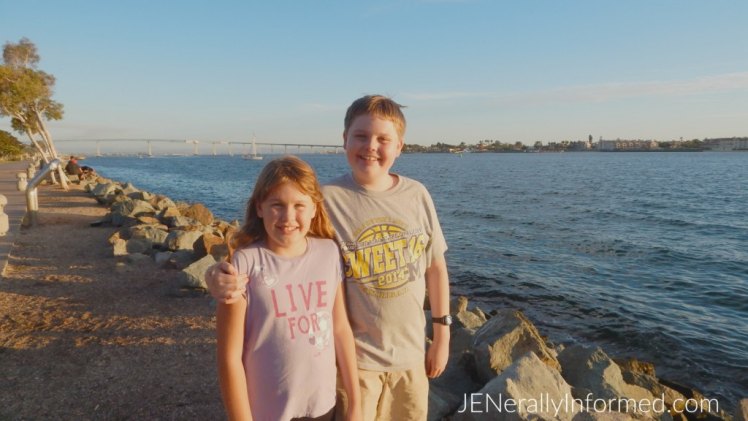 And when we see it, it really is something mighty to behold. 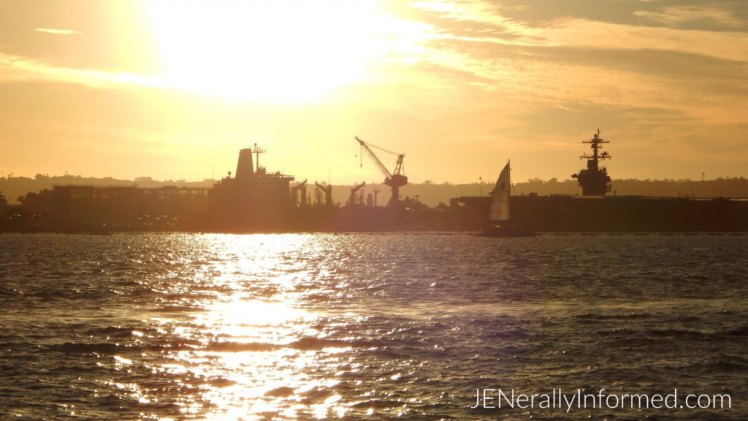 Take a picture it will last longer #lifelessons #family #motherhood

Stay tuned for more adventures about seals that play peek-a-boo, dolphin dreams, oceans that were conquered and more! 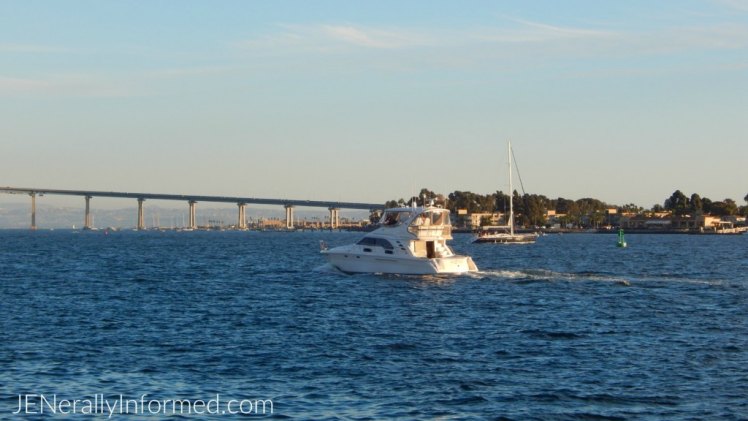