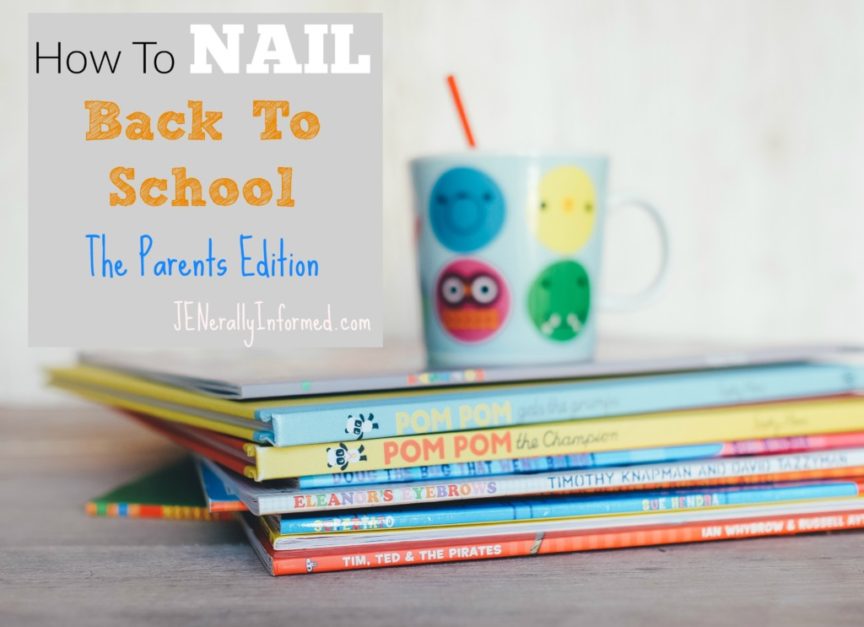 We at JENerally Informed like lists. Lists make things easy, like our what not to buy for Valentine’s and Christmas lists and most recently some very helpful suggestions that I shared with all of you about How NOT to do summer. Sadly, since the summer months are almost at an end for all of us, it is time to roll out the JENerally Informed How To NAIL Back To School- Parents Edition!

It too is full of very useful information and hopefully you will find this post ever so helpful in order to avoid some of the most common parenting pitfalls during this time of year. So here we go!

#Parents check out how to #nail #backtoschool #humor #kids 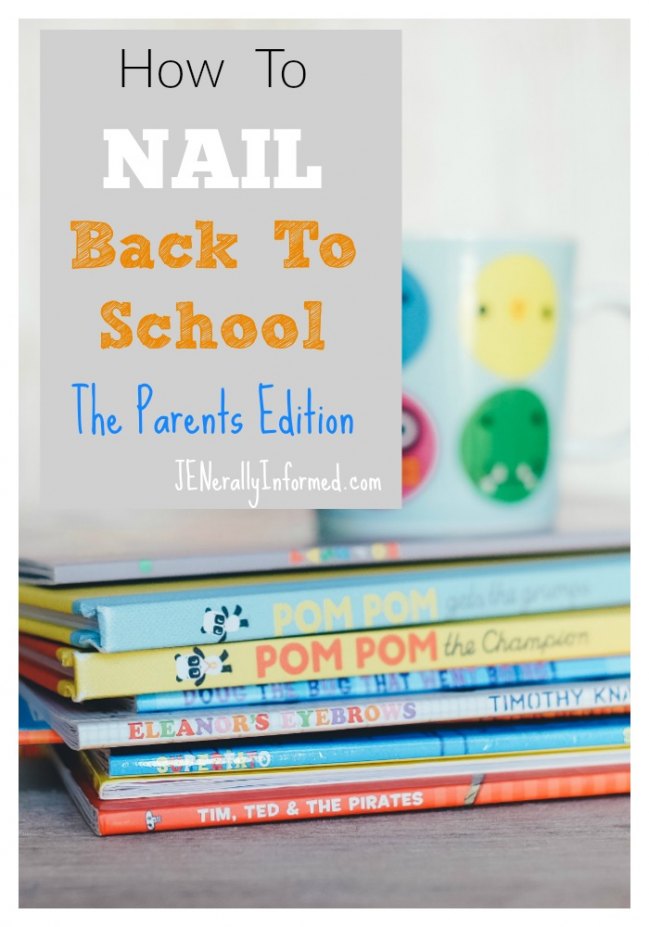 Avoid Pinterest In The Weeks Prior To The Start Of School

Pinterest is supposed to be a wonderful place, full of happy ideas, right? So why would someone urge you to do this?

Trust me, you should avoid Pinterest right now in order to not get sucked into the whole “creative lunch box idea” world that may turn into a temptation.

I promise you that your child will not care that you spent 45 minutes crafting their sandwich into the face of Elmo. And don’t entertain visions that when your child grandly opens up their Bento box, the whole cafeteria will freeze, stare at your creation and give it a congratulatory clap.

None of that is going to happen. The face will probably be squished before the lid even opens. Or your child will instead spend the whole lunch time eating ONLY their yogurt and not even open up the box, dumping it and everything else you so lovingly crafted into the trash can in a hurried frenzy right before they are released to recess so that “mom never knows” they didn’t eat their food.

So again I repeat, do not get sucked in. Keep it simple, pick their favorites and call it good.

Take it from someone who knows, this does not go well. This is how kids end up with the scissors that don’t cut straight, the clearance Lisa Frank pencil set, and the folders featuring the photos of characters from “Breaking Bad.”

Pay Strict Attention To When Picture Day Is

I admit, I  do not buy school pictures, but, and this is a BIG but, you really need to pay attention to when it is happening! Why? Because from sad experience I have learned that sending my child with un-brushed hair and a worn and ragged shirt on the day that was picture day, meant that for the rest of the year every time a picture of my child was included on a craft it was THAT picture.

That picture became the picture that greeted the world as you entered the classroom, it was the picture on the Christmas ornament sent home, it was on the Valentine’s Day card my child painstakingly made for me.

You see where I am going here?

That picture became a painfully clear example of what happens when a parent misses school and class communications. Even once.

Look, I’m not saying you need to commit every memo your child brings home to memory, but you might not want to immediately shred them either. . .

Stock Up On The Yoga Pants

Or at least something comfy to wear…

I  show up at parent drop off showered and fully dressed on perhaps the first 3 days of school. Um scratch that, if I am truthful, that might be just a little bit of an overestimation. It is probably more like 2. At the most.

Anyways, I start each new year out with the best of intentions, with the plan to show my children through example that I can and WILL be fresh eyed and bushy tailed at the start of each new school day. In the hopes that my example will inspire them to do the same.  In reality, making sure that some members of the family don’t melt down at the thought of putting on pants is a thing, and not near enough uncommon. You can’t always fight those battles and walk a runway too. I tend to instead just feel happy with myself if I am wearing a bra to drop the children off.

Sending our children to school can be scary and we want the best for them. Being their advocate is encouraged and totally appropriate, but “helicoptering” is not healthy for you nor your child and will justifiably annoy your child’s teacher.

In case you were wondering, here are some examples of helicoptering:

So are you ready?

How to #nail #backtoschool as a #parent #humor #kids 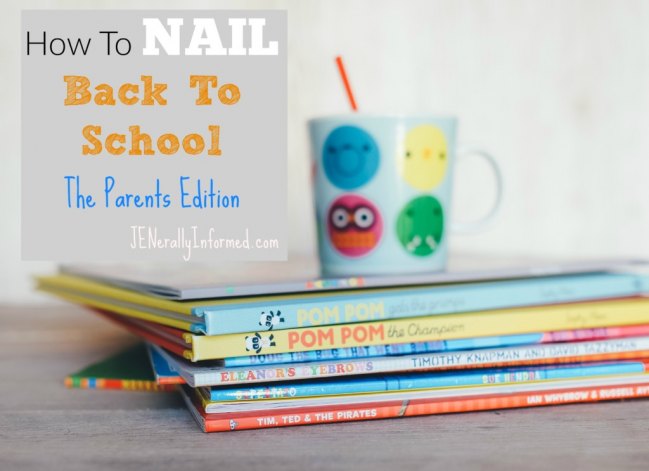