In the last week there have been a few newsworthy updates to the world of technology that we thought should be discussed over here on JENerally Informed. I have invited Jen’s Guy to contribute to this discussion, with the caveat that he behaves and does not post any pictures of my bum. He has priors.

To start off this discussion, let’s talk about Facebook. You might currently be hiding from Facebook as political season is in full force and it can tend to be a kind of scary place over there, but this last week Facebook introduced “interaction” emojis!

So now rather than just simply liking a post, you can show how you feel about it. A change that could perhaps also be considered a form of online therapy, because now we have the ability to express our feelings and emotions rather than just angry typing a response back to someone in ALL CAPS.

We guess you can decide which one is an adequate description.

Jen: As far as how I feel about this change, I think BuzzFeed has the right idea. 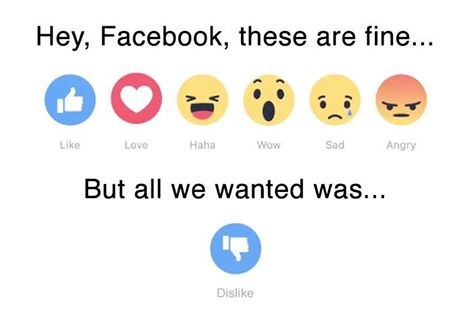 Facebook backs these changes up though by explaining that they “were based on our research of things people were most frequently reacting to via comment stickers and other things. We wanted to make sure that set felt right and universal,”

Jen’s Guy: I think real news would have been made if Facebook had added a poop emoji, because being able to immediately call “bullcrap” on someone’s post would have taken Facebook to a new level.  Really missed an opportunity there. . . 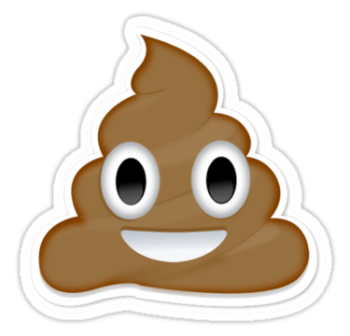 Now let’s turn our attention to what used to be the frightening world of online searches.

Jen: Do you remember that time I wrote about yoga pants and and my unfortunate Google search for “Girls in Yoga Pants” included my 11 year old son looking over my shoulder as collateral damage? (Again, don’t do this.)

The world of Google searches needed a little kinder attention. For example, a quick search on the eating habits of cows could turn up some fairly disturbing images. But now that fear is no more.

The key features for Kiddle are:

We love, love, love all of these features and think it is about time something like this happened!

Jen’s Guy: I would pay cash money for a service that filtered out all Kardashian stories and references. HMMMmmmm, maybe other people would pay for this as well. Honey, where did you put my “Million Dollar Ideas” notebook?  – Shuffles off….

Jen: And before we go, if you are done with Fuller House and feeling a little lost then we thought it would be important to draw your attention to the fact that coming March 18th the second season of  Daredevil will be coming to Netflix and look, honey, it’s Elektra!

Jen’s Guy: (from the other room) Probably only Gingi knows who Elektra is. . . Do you think people would be OK filtering Ben Affleck too? 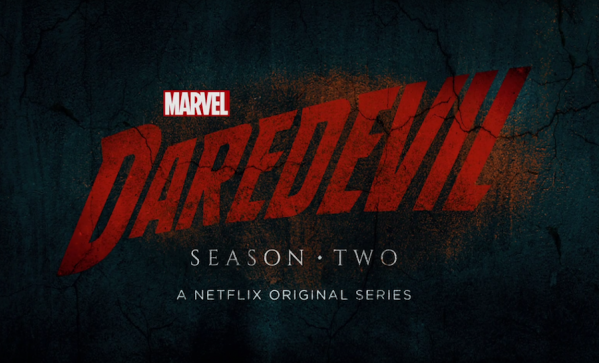 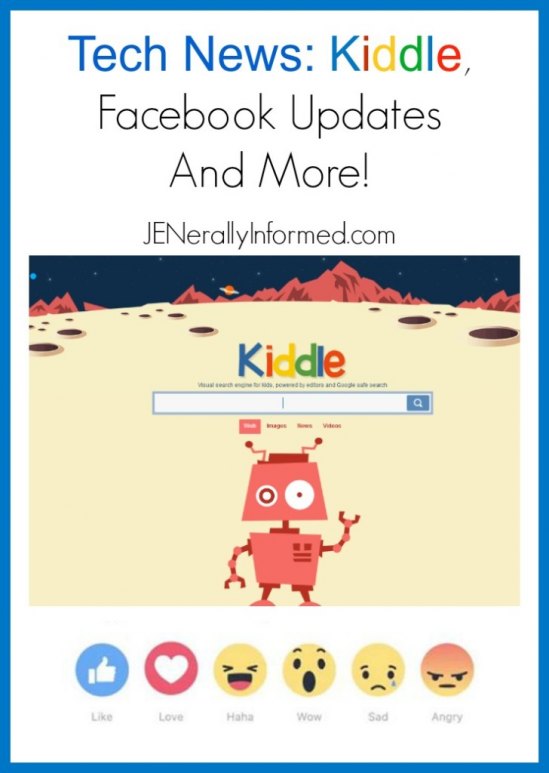 Don’t forget to follow me over on Facebook, where I share little bits of what’s going on with the rest of the JENerally Informed family, like the grumpy “tude” my toddler started this week off with. 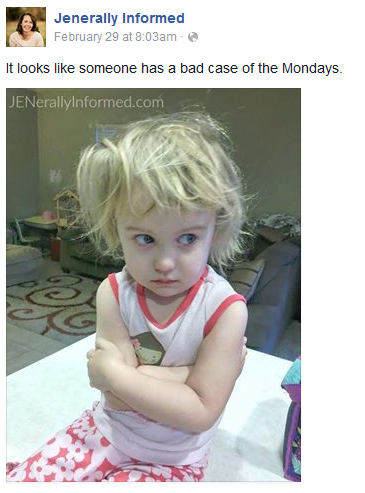