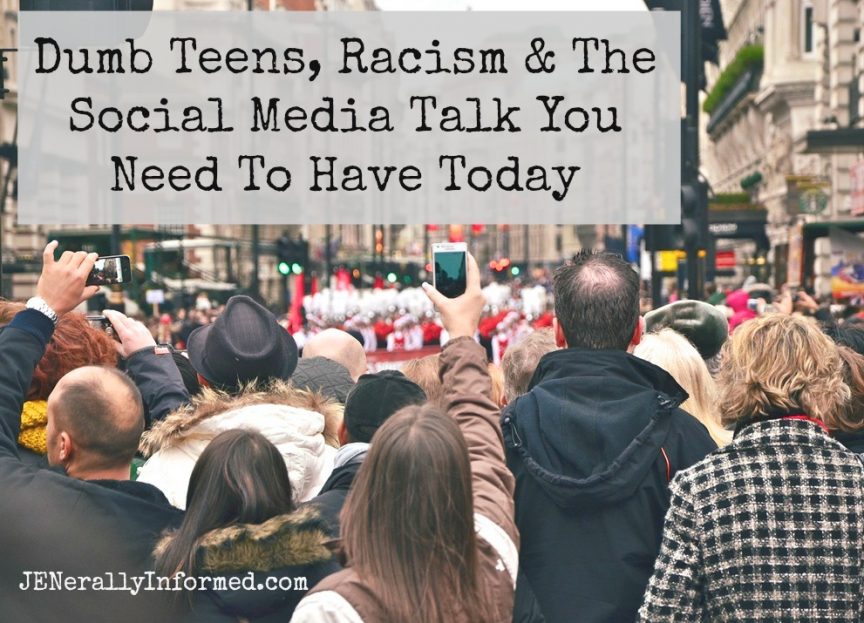 Something happened in our home state of Arizona this week. You may have already seen the picture that went viral of 6 High School Seniors with shirts spelling out a racial slur, but in case you missed it, here it is. 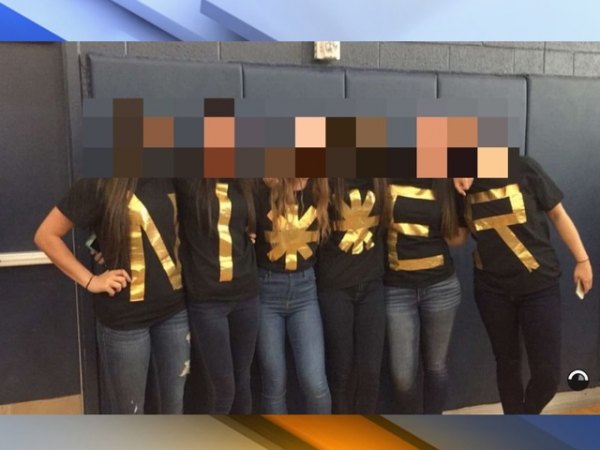 The story behind the picture is that it was taken on Senior picture day at Desert Vista High School in Phoenix, Arizona. It is a day meant for Seniors to take fun and memorable pictures for the yearbook. There was a larger group that took this picture. Their shirts spell out “Best*You’ve*Ever*Seen*Class*Of*2016.” Cute huh?

Unfortunately these 6 girls have now undermined this larger class picture by snapping and posting their own photo to their personal social media accounts. The rest is now internet history.

As parents of a teen we feel truly sad for these young girls. They made a terrible call here. And because we are a global society, this poor choice is now being amplified to a much larger audience than they could have possibly imagined. They are learning an important lesson in choice and accountability this week. They made a choice to be a part of that picture and now they have to deal with the ramifications for their behavior; ramifications that may be much further reaching than the 5 day suspension they received as punishment from the school. They will have to suffer the fallout from this choice within their families, their community, their peers and now social media at large.

We don’t want to give any further commentary on what these teens did or try to elaborate the reasons for why what they did was wrong. There has been more than enough of that this week. The reason we are bringing this discussion here to JENerally Informed is twofold.

First, we MUST teach our teens how to properly use social media.

If you have a teen with their own social media accounts, you need to use this situation to discuss with them how their choices when posting is important. Because it is. Vitally so. Today an image they may post without even thinking, could launch them unwittingly onto the global stage. Help them understand what it means have that image dissected, discussed, and shared with a much larger audience then they would want to have involved.

This past Christmas our 14 year old just received her first cell phone. She received it because it was useful to US that she have one. For scheduling rides and pick ups to the various extracurricular activities she is a part of like play practice, church youth activities, and 4H. She did not receive it because all of her friends “already had one.” A point which she reminded us of rather frequently and we didn’t care to acknowledge. Most importantly, she was given a cellphone because she has proven herself to be trustworthy. That being said, we follow her on ALL of her social media accounts, and we check them pretty much every day. This is our job to help teach her how to use social media properly. We hope that she will use wisdom with her posts, but we can tell you that over the years we have seen some pretty interesting things posted to Facebook and Instagram from young teens in our acquaintance. We are sure at that point somebody probably sat that teen down and told them what was and wasn’t appropriate to post publicly. The thing is, that, as in this case, the first time they make a mistake may already be too late. That is why it is important to set expectations BEFORE they run into trouble.

If you haven’t sat down and talked about this and other internet dangers with your teenager. Please do it now.

Secondly, this should not be used to castigate entire communities.

“None of the girls involved or their parents have spoken to the media about the incident as yet, but for starters, maybe the curriculum at Desert Vista needs to be…adjusted.”

And this was not the only pundit advocating this position.

Let’s be honest, if that same group of girls had happened to have been wearing different letters for the big message, they might have spelled out “FU** YOU” instead.  They did it to be edgy, rebellious, and undeniably stupid. To assume that everyone around these girls, including families and schoolmates, are part of some kind of vast racist conspiracy is ludicrous on its face. There is a segment of society that would use this, and other incidents in an attempt to paint a “bigger picture” and lump in a large percentage of the population along with whatever sins these offenders may be guilty of.

Taking the worst part of any group, culture, or gathering and painting it as the norm is dishonest and does real damage to society. It is especially alarming to see members of the media do it in order to create conflict and obtain ratings.  Trying to boost one night’s viewership on a television news segment can do untold damage to real lives, and escalate tensions.  Imagine what these young girls are experiencing right now.

When we have deficiencies in society, and Heaven knows they exist, we should deal with them head on. There is certainly enough problems to keep us busy without naming an entire school, all of it’s students and a state at large as racists because of the unfortunate actions of 6 young girls.

Dumb teens, racism and the #socialmedia talk you need to have today #parenting 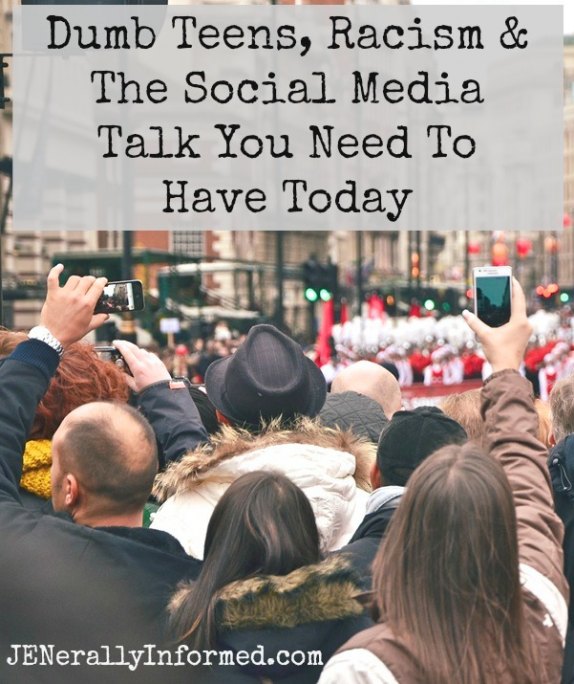