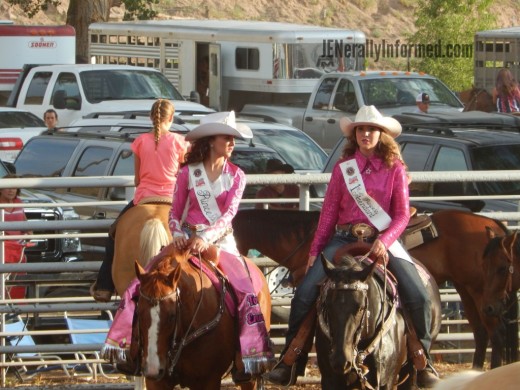 A few weeks ago our family took an epic summer exodus that crisscrossed back and forth 3 states and hundreds of miles. I have to admit Jen’s Guy and I were scared that it was all going to go terribly wrong, because it was our toddler’s first trip like this. And that kid is not a real fan of her car-seat, but in the true spirit of summer adventuring, we loaded up the car and hit the road!

On this trip we hit pretty much every splash pad in several states. 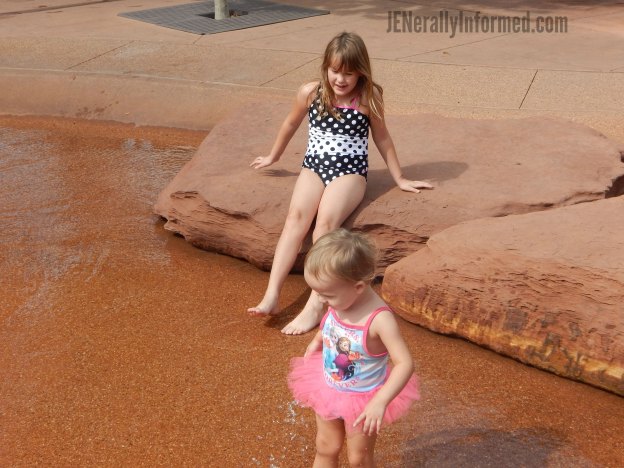 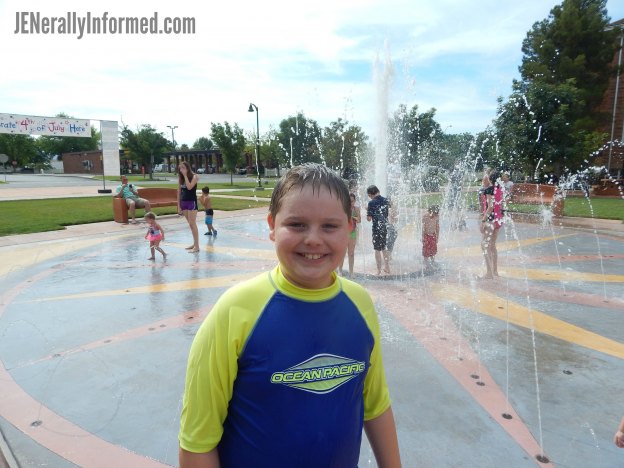 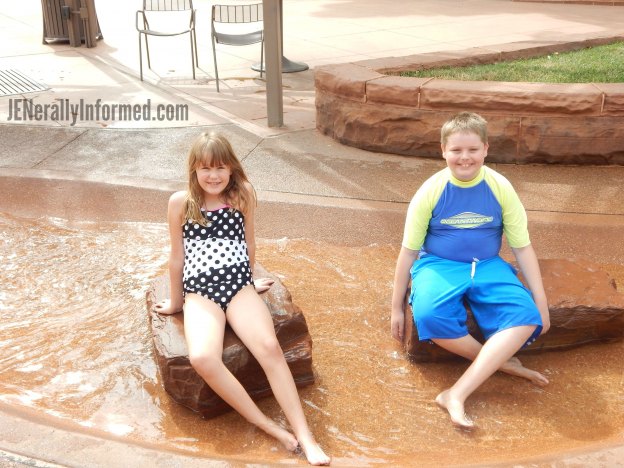 With the realization that watching a toddler at a splash pad is kind of like watching a drunk at an open bar, just cuter. 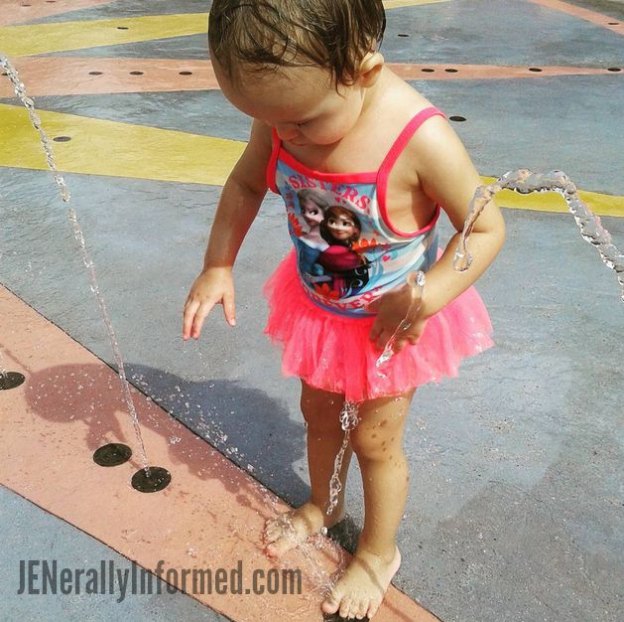 While on vacation I turned the BIG Three- Eight. I am not a real cowgirl, or even any sort of cowgirl, but Jen’s Guy thought it would be a marvelous idea for the family and I to have my birthday dinner at a small town rodeo. Truthfully, I think the fact that it was “steak and tater” night was a pretty big draw for him. So off we went! Aren’t you jealous? 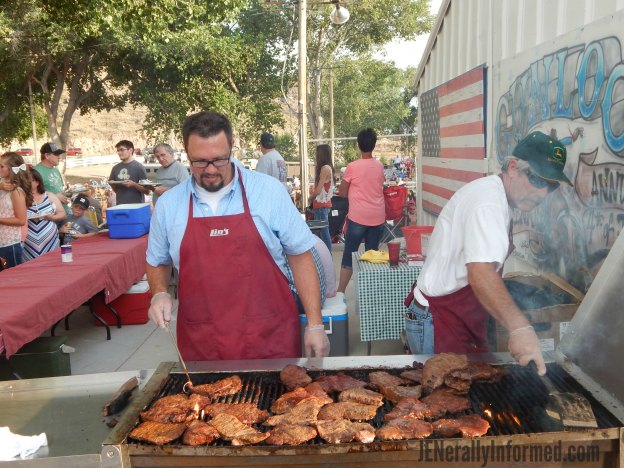 Funny story about the rodeo, my 13 year old daughter Samantha was sitting and collecting tickets with her cousin when her cousin told her not to like any of the boys there, because she was pretty much related to all of them. I guess I forgot to mention that we were visiting Jen’s Guy’s hometown. He grew up rural. The steak and tater deal probably wasn’t a surprise for him, now that I think of it. 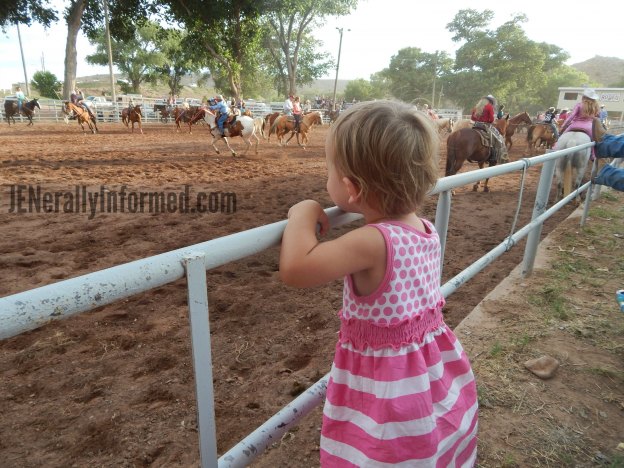 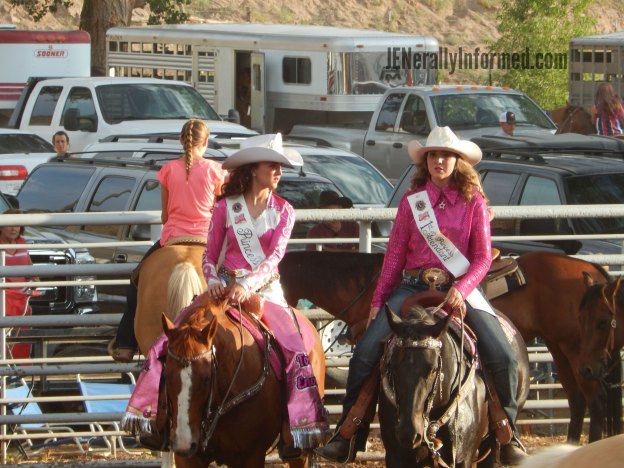 And there were some seriously pink and rhinestone bejeweled cowgirls who helped my seven year old daughter Rebekah discover what she believed to now be her true calling in life. She was meant to be a rodeo princess! The next morning when we hit the 4th of July parade, she saw that the princesses were there working that event as well, she began to realize that “being a rodeo princess looks like a lot of work!”  It appears that dolphin tamer might still be in the mix. . . 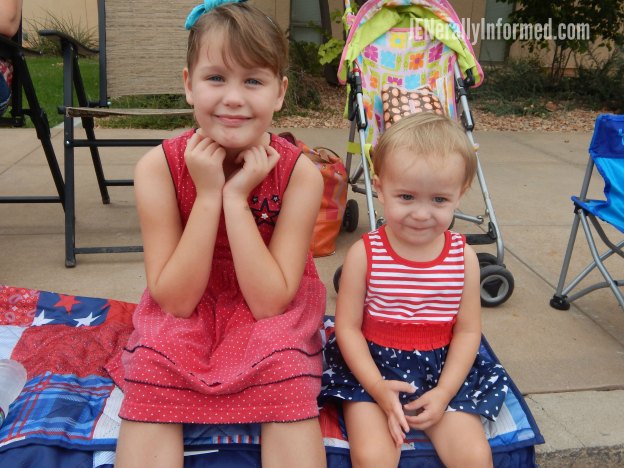 The next morning was the 4th of July Parade. The toddler was stricken with delight by the sheer amount of candy passed out, which she then proceeded to hoard and let no one else touch. This made for a very grumpy 7 year old, who felt cheated out of all of the work she had done to collect that candy. 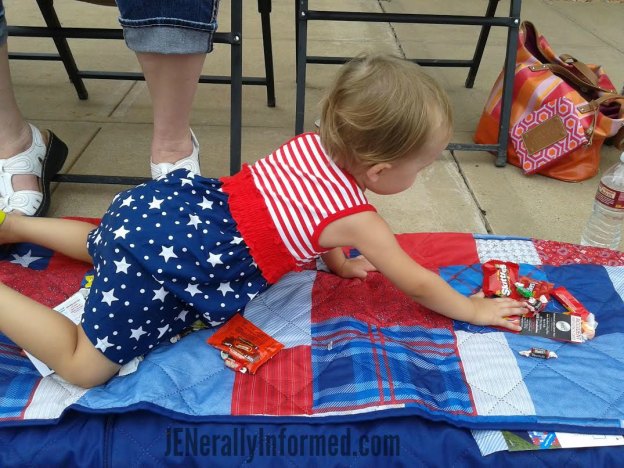 And after the sugar rush, the home grilled burgers, several pounds of watermelon, and a visit to a milkshake shop Jen’s Guy hung out at in High School, we hit the fireworks. My kids had never sat close enough to actually smell firework ash before. It was a huge hit for everyone but Anneliese. She put her hands over her ears and kept asking if someone was dying! 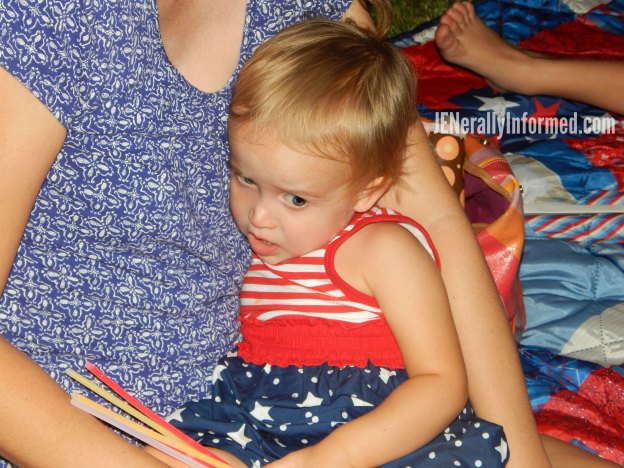 Jen’s Guy grew up hiking some of the most beautiful National Parks ever and for this trip he took all of us to visit Zions. If you have never been, plan to go at least once in your life. It is so worth it! 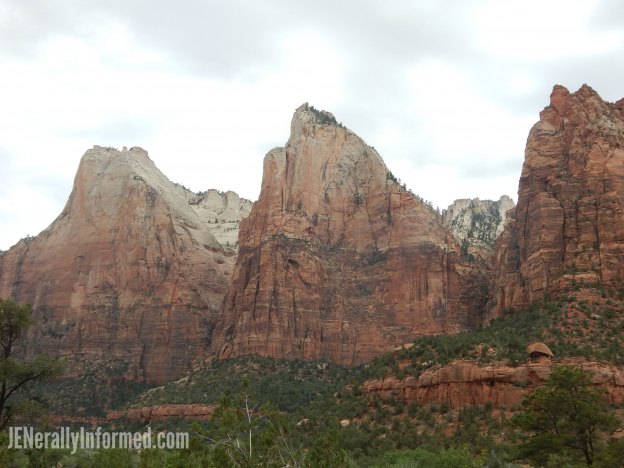 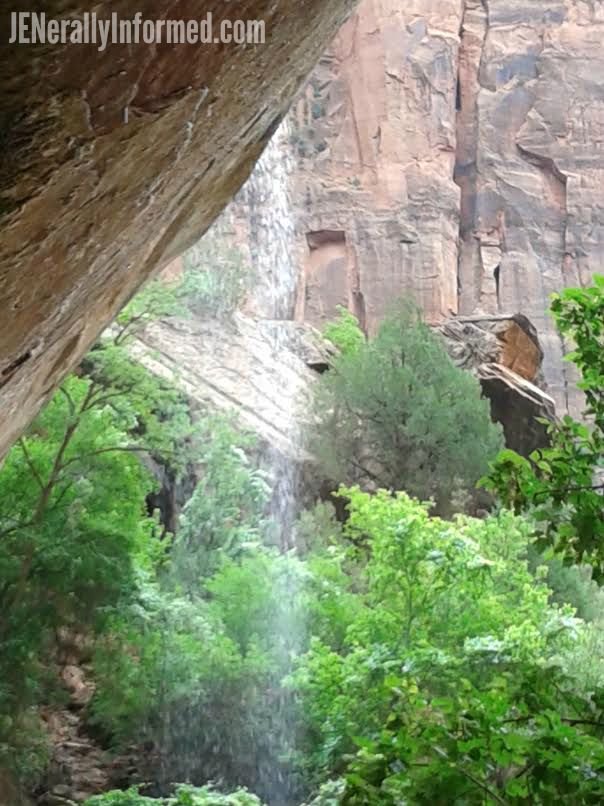 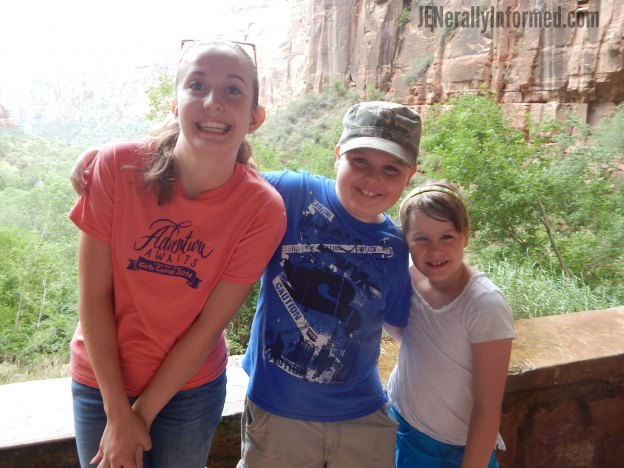 Jen’s Guy said that there “is something spiritual” about squishing river mud between your toes. It is doubly significant watching your kids do it, if it is the same river you grew up “mud-squishing” in. 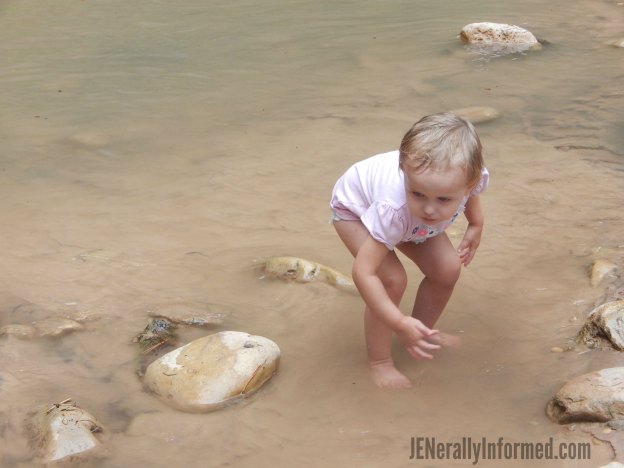 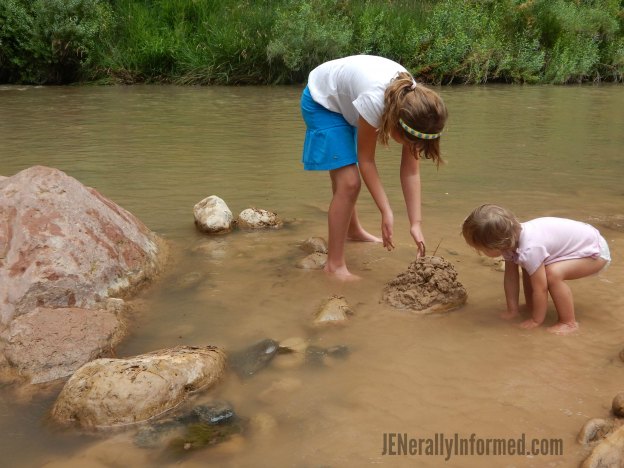 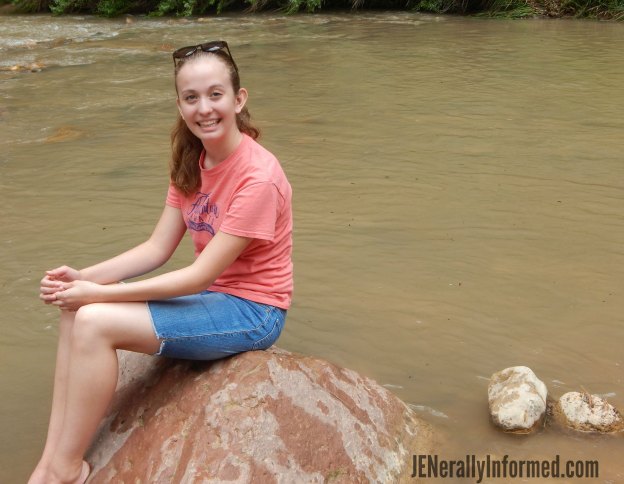 At the end of our trip we drove through Las Vegas, but didn’t stop until we hit the Hoover Dam. The 11 year old son and Jen’s Guy came up without about 1 million terrible “dam” jokes. Because you know getting to swear when you aren’t really swearing is always an opportunity not to be missed.

Here are a few of their “best”.

Mom, can we go hike all over the “dam” rocks?

How about we take the “dam” tour!

What if we rented some donkeys and dragged our “asses” all over the “dam” rocks?

They really aren’t as amusing as they think they are. . . 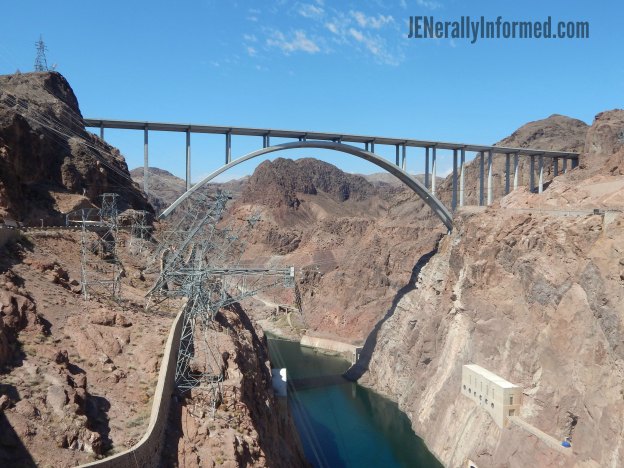 It really is a pretty amazing sight! Happy Summering! 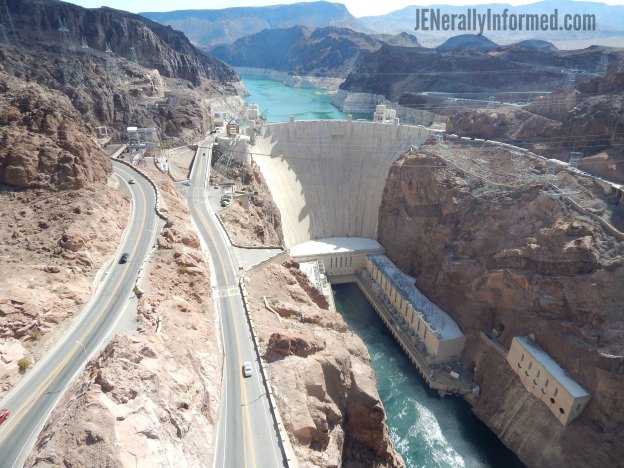