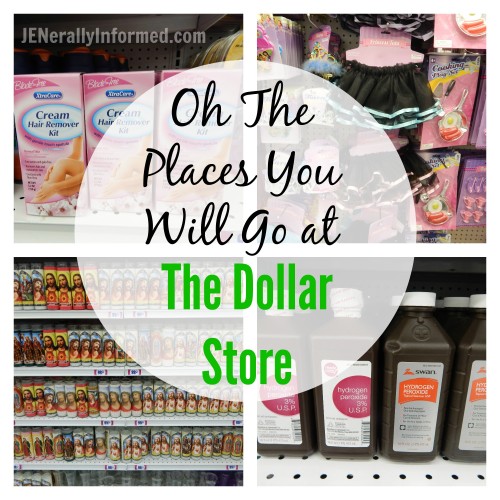 Welcome to a special edition of Man-day that is being brought to you by both Jen’s Guy and Jen!

Jen’s Guy: The First Date that Jennifer and I went on, we spent some time at the dollar store while waiting for our movie.  We have previously talked about our unfortunate discovery of New York Seltzer there.  So, for date night we held hands and revisited our local version of a 99 cent store to find out what adventures could be had. 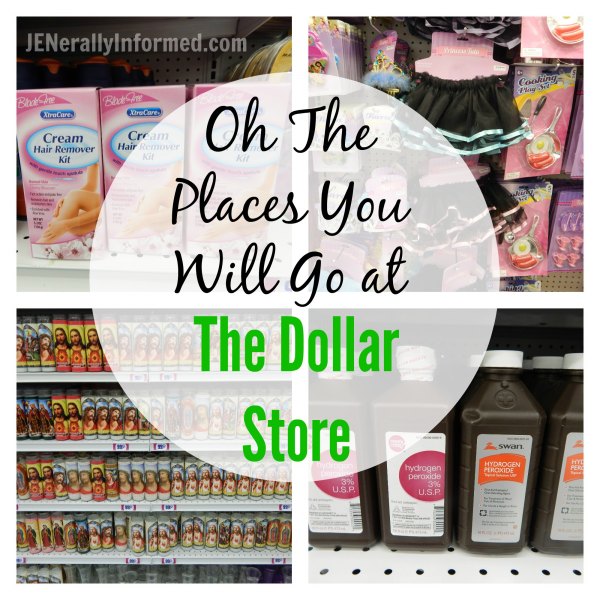 Dollar stores tend to get a bad rap because people think the food is probably past its due date.  I don’t know why anyone would get that impression:

I like pumpkin as much as the next guy, but I’m kind of thinking there should be a moratorium for it after Easter.

Jen: Honey…. You do remember how much I LOVE pumpkin, right? I think I have stated my position here and here….

Jen’s Guy: Noted, but I have calendar on this one.  I don’t remember seeing Christmas Mac & Cheese even when it WAS Christmas.  Because nothing brings Christmas cheer like Candy Cane shaped Macaroni and Cheese.  Additionally, isn’t the new stuff only 99 cents at the regular grocery store anyway? 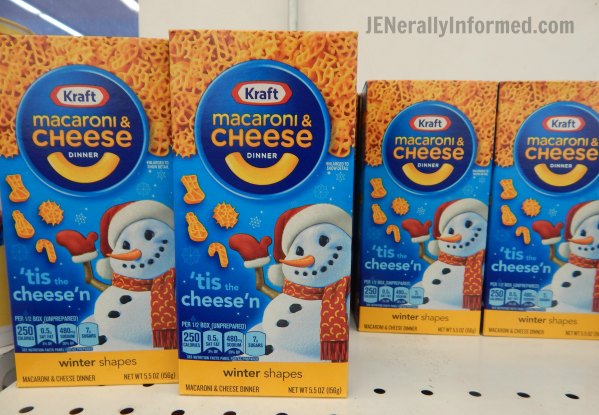 Jen: I think I am going to buy it! That tag line ’tis the chees’n’ is just so cute!

Jen’s Guy: Walking to the next aisle.  Many toy stores are moving away from toy guns and weapons as they figure it may be contributing to children’s violence.  Except for the NERF guns, because those rake in serious cash.  However, the dollar store has no compunction about arming children with cheap plastic facsimiles of weapons.  See: 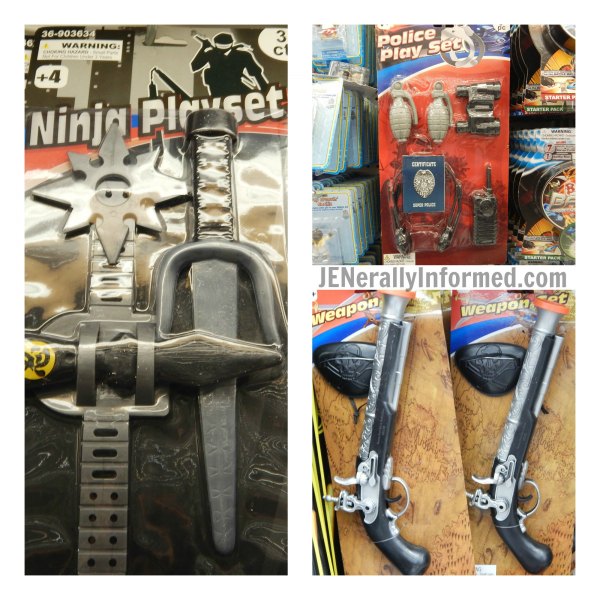 Some of these are priceless!  I love the orange tip on the flintlock musket because a lot of crimes are committed with flintlock muskets.  Freakin’ hipster pirate gangsters!  Also the Police Play Set set with binoculars, a radio, and two grenades.  Because, “Hey we are short on funding and you don’t get a sidearm.  Let’s see what you can do with these two grenades instead. . .”  I’m not going to lie, however, that Ninja set is legit.

Jen: Do you get the feeling that we are being followed?

Jen’s Guy: Yeah, look over there in the greeting card section. . . 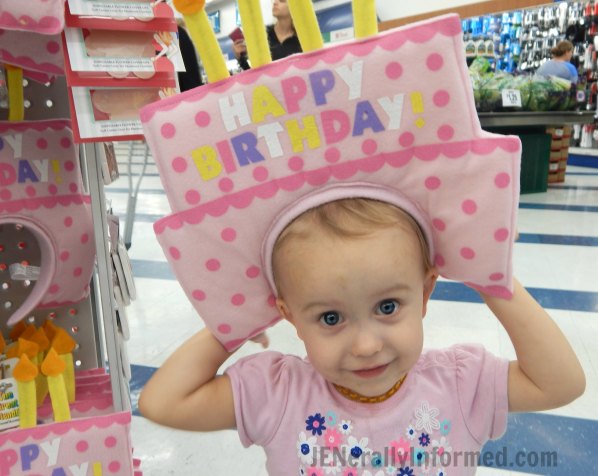 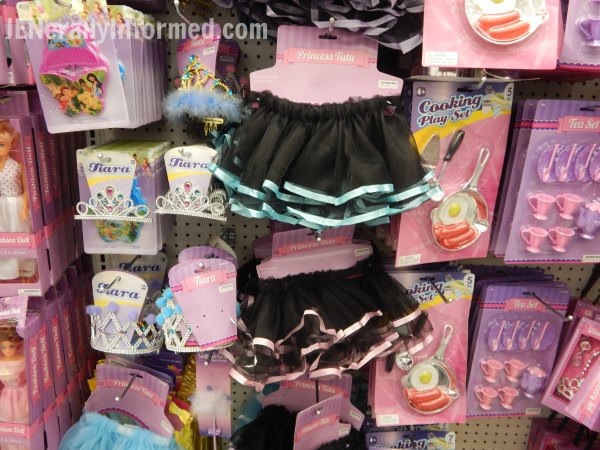 Jen’s Guy: At 99 cents, you have completely priced out political correctness.

Jen: How do you know when your boy band has reached the peak of it’s career? When your dolls show up at a dollar store… 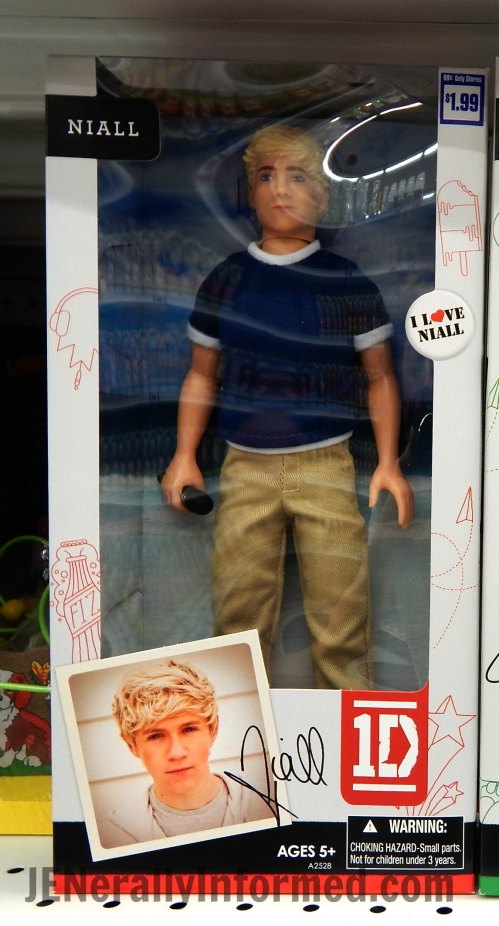 Jen’s Guy: This should probably be your tip off that you, individually, may not have a music career after your band breaks up.  If your doll is selling for less than a couple bucks, you aren’t the Ricky Martin in the Menudo. . .

Jen: Funny you should mention menudo, since we live so close to our neighbor country of Mexico, here are a few things you will only find in stores this close to the border.

Candles, starring your favorite religious icon! You pick, because we Hispanics like to light a candle for everything and dollar stores can keep us stocked for years! 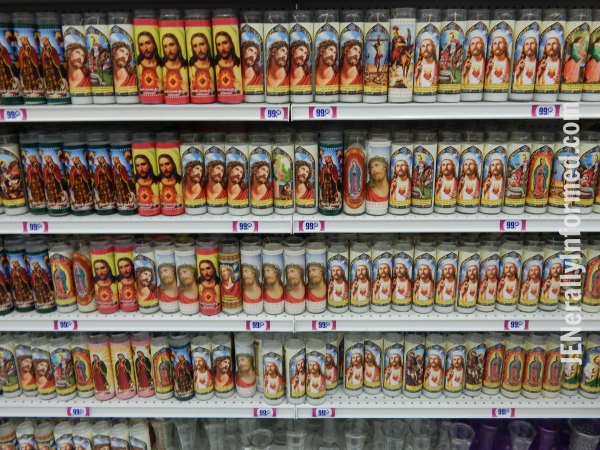 We also have some very interesting candy choices, like fruit chews flavored with chili. Personally, I have never understood the whole dollop of brown colored candy on a plastic spoon. 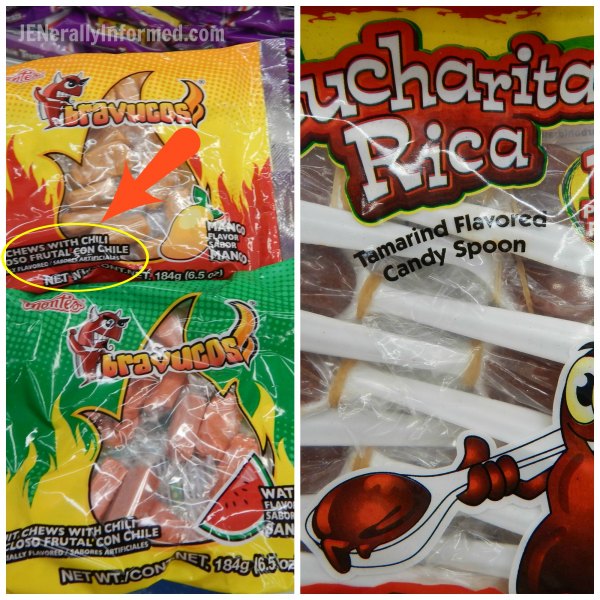 Jen’s Guy:  That would be Tamarind, and it is nas-tee!  You know how watermelon candy doesn’t really taste much like watermelon?  Tamerind is kind of like that, but modeled off of what I assume artificially flavored candy beef jerky is supposed to taste like.  It looks bad and tastes even worse.  Look at the mascot on the package trying to sell the stuff for Pete’s sake. . .

Andrew Zimmern:  Dude, I don’t even eat that stuff! 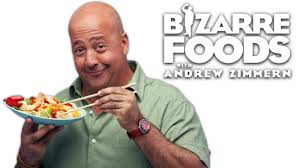 Jen: Take a look at this honey! I can assemble my own plunger!!

Jen’s Guy:  That is just a scam to get you to pay two dollars for your plunger.

Moving on to the home goods aisle….

Jen’s Guy: Only at 99 cent stores can you still buy ash trays in bulk. 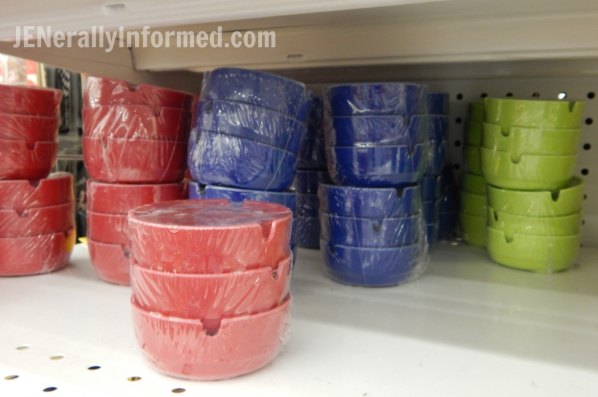 Jen: Or this Totally Awesome bleach!

Jens Guy:  Who knew bleach could be totally awesome? 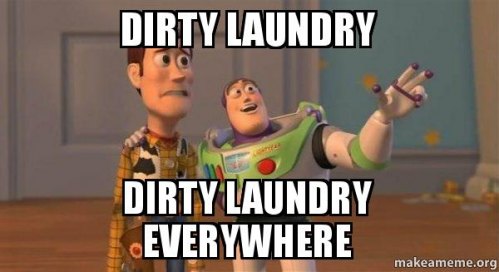 Jen’s Guy: I’m going to Aisle 7, “Health and beauty.” Just look at all of this awesome stuff! I can’t believe it is only 99 cents! 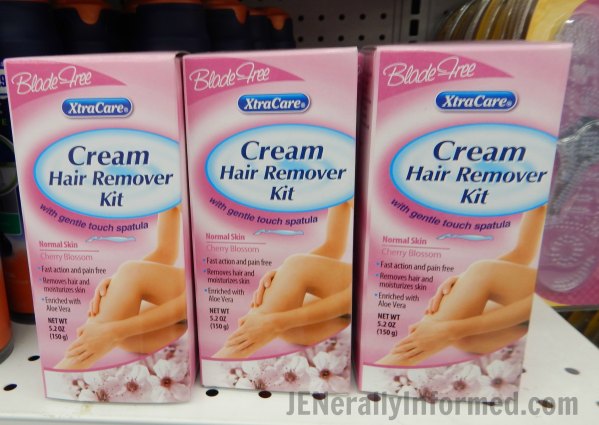 Jen: Don’t even go there!

Jen’s Guy: But it says “Fast action and pain free” with a “gentle touch spatula.”  Why would you EVER shave again?

Jen:  You notice how they don’t sell that stuff for men’s faces?  Yeah, I’m not putting it on my legs, gentle touch spatula or no.

Jen’s Guy: Well, there is also this. 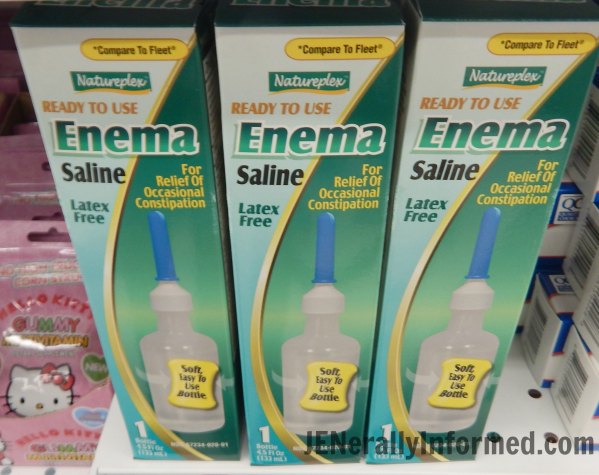 Jen: Oh my gosh, no!! A gentle touch spatula won’t help here either.

But take a look at this rather large assortment of “family planning” options that can be purchased for only 99 cents! 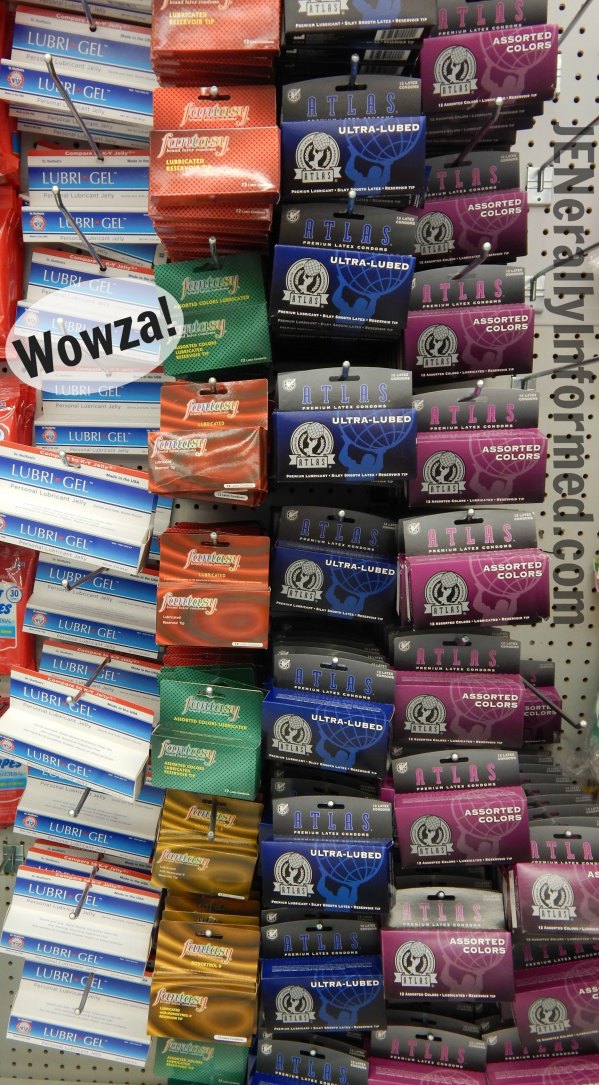 After seeing this display, Jen’s Guy and I are both intrigued by the quantity of “family planning” items that are available at 99 cent stores. Please consider filling out our completely anonymous survey below.

Create your own user feedback survey

We will get back to all of you with the results of our little survey soon!

Jen’s Guy:  You have been kind of edgy on your blog lately, I had a guy at church ask me about your pole dancing. . .

Jen: Yes, I’m planning on taking his wife with me the next time I go.  Also, my male readership on the blog is up 25% over two weeks ago.

Jen: Tell you what, how about we go home and I cook you a nice bowl of Ramen noodles?  Which of these 387 flavors would you like? 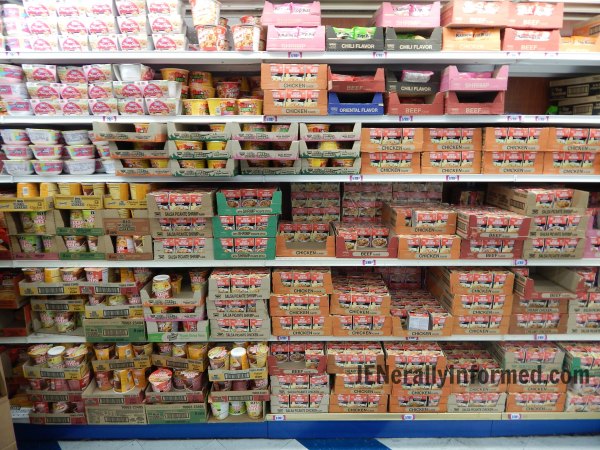 Jen’s Guy: Anything but the Tamarind. . .