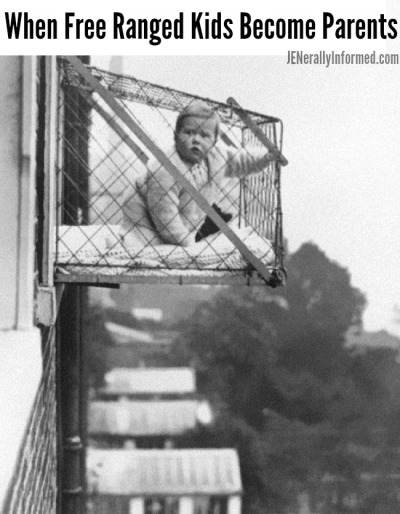 Time for another installment of Man-day from Jen’s husband, Jen’s Guy.

I’m going to admit something that Jennifer probably doesn’t even know.

Things that my friends and I did when we were kids would probably get our parents arrested in today’s world.

I’ve mentioned that I grew up rural.  School was a 20 minute bus ride.  It was probably about three and a half miles if you walked it straight through the scrub and the small canyon bisecting the route.  It took about 2 hours on elementary school legs, shorter once you became familiar with the topography and the proper hand and foot holds on the canyon face.

We lived on the edge of civilization.  Half a block from my home was miles and miles of desert, jagged lava rock, and rattlesnakes.  Additionally, the dirt was probably irradiated.  We knew every square inch of that territory five miles out, all by the time I was 12.  Very little to none of that exploration was adult supervised. 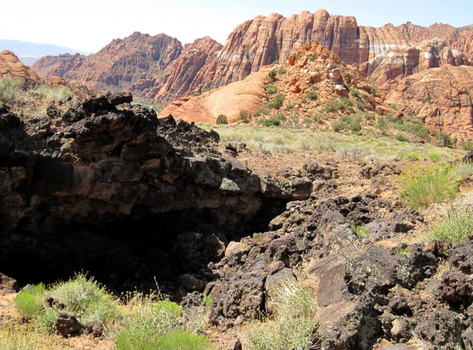 This mountain?  Climbed that when I was 9.  We may have had a 12 year old along for supervision. . . 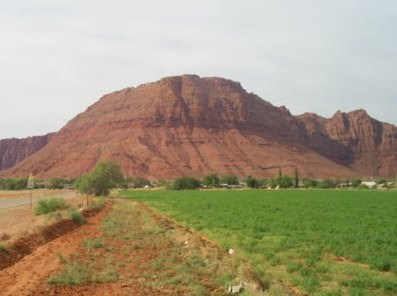 We built a clubhouse further in the desert from plywood and building supplies that we would filch from construction sites.  Carrying them out into the wilderness like ants. Our downfall came once we went with the second story and it became visible from the highway.  Suddenly the builders started realizing where that lumber came from.  We never got to use the brick cart that we constructed to transport the masonry needed to finish the outside sheathing.

We discovered the location of three lava caves and six ancient Indian petroglyph sites.  We would sometimes leave at 7 in the morning and not return until dark.  Once in a while we would actually camp. 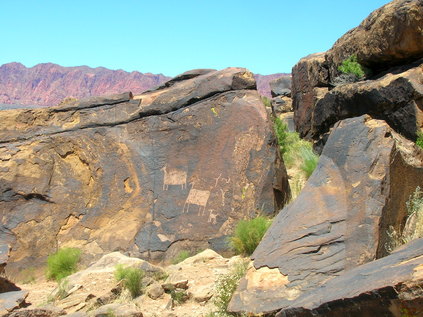 Yep, my childhood was like Huck Finn without the river and the racism.  Now imagine kids doing that today.

As a parent now, my children walk to school across the desert.  It takes about 5 minutes and is ALWAYS adult supervised.  We have seen rattlesnakes, javalina, and best of all, Jennifer’s coyote.  When my foot was broken and Jennifer walked the kids to school, she tangled with a coyote that she swears was following her.  She returned home with the children for an aluminum bat (because that is the girl I married) and began walking them again.  She took the bat with her the next two weeks.  When they would leave, I would hum the wolf theme from “Peter and the Wolf.”  I guess I am lucky that she never used the bat on me.

Last week I read an article on “Free Range Parenting” that piqued my attention.  It was “Why It May be Impossible to Raise ‘Free Range Kids‘” by Michael Brendan Dougherty:

Lenore Skenazy, who is sort of the spokeswoman for free range parenting, says she is fighting “the belief that our children are in constant danger from creeps, kidnapping, germs, grades, flashers, frustration, failure, baby snatchers, bugs, bullies, men, sleepovers and/or the perils of a non-organic grape.” Finally! A movement that sets itself against the notion that a kid who isn’t being actively surveilled by parents or a paid professional is in danger. Finally, a reaction to the parental fear that becomes an excuse for omnipresent intervention and control, to the absurd point of mistaking a cultivation of self-reliance with neglect.

The “free range kids” movement speaks exactly to what I want for my children: a childhood that teaches independence and self-reliance, a childhood like my own. And yet I’m worried that I can’t avoid the helicopter. I know that crime is way, way down from when I was a free range kid. (Back then it was just called “childhood.”) I know that the chances of stranger-danger are infinitesimally small. But I already have some of the anxiety that motivates over-protective parents. I want to imitate the free-rangers, but am afraid to do so. And I think I’ve discovered one reason why. Free range kids, and the parental trust that enables them, are at least partly dependent on a feature of American life that is dead or dying in many areas: the neighborhood.

So yeah.  A lot of truth to that.  Free ranging depends on community.  What we did was available because we went in packs.  Send kids in ones and twos, they will either become Bear Grylls or javelina chow (possibly.) 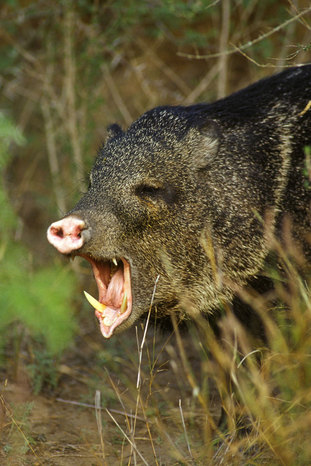 So in order to get free range parenting you would almost need to do a “Children of Free Range Parenting” meetup group, which is kind of “Not The Point” of the whole thing.  The x axis of the “free parenting” and “helicopter parenting” scale turns out to be a zero sum game.  Too many protective parents and the free rangers become road kill. Too many free rangers, the child with the mother sitting in on every birthday party he or she attends becomes a freak.  We had one of those kids growing up, I can’t even remember his name.

The thing is, that I don’t really have an answer.  I guess having 4 children is a good start since they kind of form a base of diversified skill sets optimized for survival and acclimatizing to whatever challenge is set before them.  Also, when that neighbor girl comes over and rings the doorbell and asks the kids to ride bikes, I should probably allow them to go and stay up a little later to do their homework.

What’s your take on #freerangeparenting? 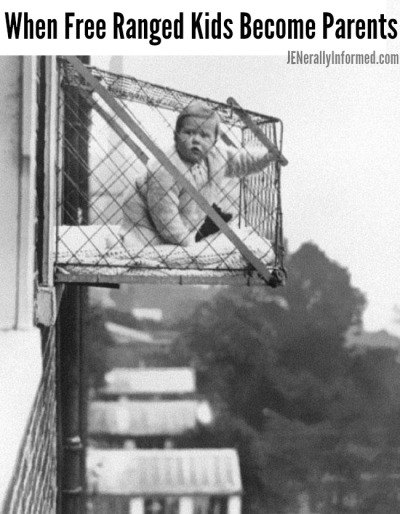