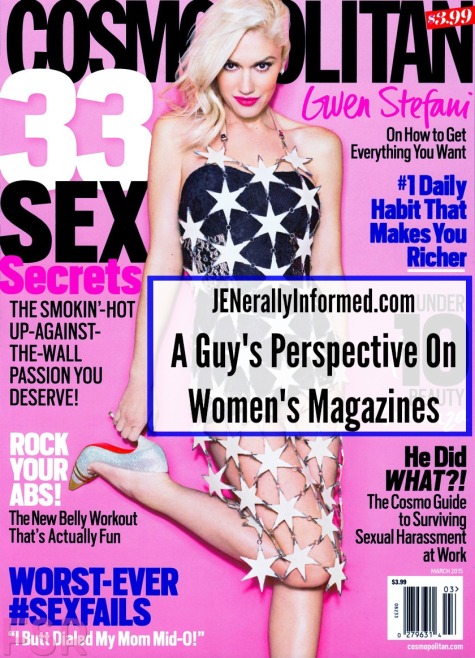 Welcome to another edition of Man- Day from Jen’s husband, Jensguy!

So, do you know who is having a bad decade?

I’m not sure there has been an industry more destroyed by the internet than the traditional magazine.

Very similar to this, but on a much larger scale:

Tech magazines, dead.  Hobby magazines, mostly dead.  Sports magazines, dying.  The most oxygen they get is with the yearly controversy over their “swimsuit issue.”  I’m not EVEN going to address this year’s controversy.

And yet, there are survivors: 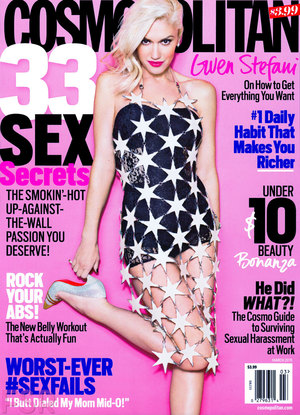 In my opinion, Cosmo is like the undead of print media.  This thing will outlive the internet.

A #guy’s perspective, Cosmo is like the undead of print media.  It will outlive the internet  @queenmomjen

So, for entertainment purposes only, I’m going to put myself in the awkward position of analyzing the contents of Cosmo, to see what makes this thing tick, from a guy’s perspective. I will read it page for page, picking out some of the “highlights” I would like to discuss.

First I am going to stick my toes in the water with the Horoscopes, namely mine.  Good ole Aquarius. . .

This is another fab week for you, Aquarius! You have been the recipient of lots of good luck for the past few months, thanks to lucky Jupiter in your zone of partnerships, and this week Jupiter is on a roll, bringing you even more love and attention! Share the love Tuesday and round up a group of your nearest and dearest for a fun night out. Avoid getting in the middle of “he said she said” drama Wednesday. Take everything with a grain of salt. Thursday’s full moon in your zone of sex and intimacy ensures this weekend will be extra-spicy between the sheets!

Alright then, but I now admit to being baffled by the ending of my Horoscope and my first introduction to Spirit Emoji.

What in the heck is a Spirit Emoji? 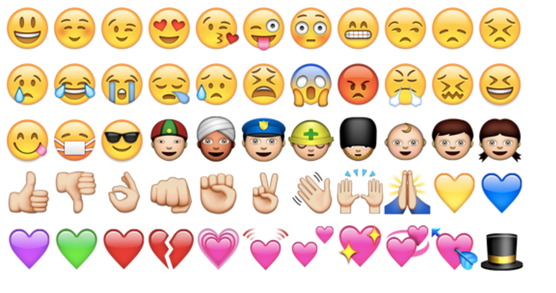 I just read up on Emoji and it cleared up basically nothing.  It seems to be a collection of old ASCII symbols (they way computers used to print things before fancier Word Processing programs took over) that have been infused with spiritual meaning.  I guess you can put them on your website or sketch them on the front of your math notebook before third period for good luck.   Whatever.  You can get your horoscope and Spirit Emoji  HERE.  (Mine was the Drama Masks. . .)

Ten reasons?  Seriously you are trying to hard Cosmo. Men do not need 10 reasons.

Should You Be Drinking Milk?

Taylor Swift says, “Yes.”  The science is settled (at least according to my 13 year old daughter.) 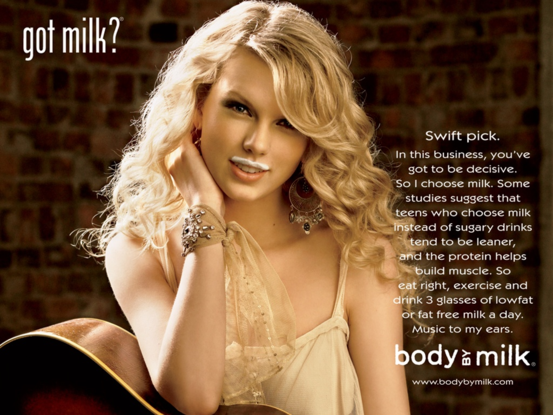 Looks like Gwen Stephani in spike heels is “Sexy for March.”  Seems Legit. 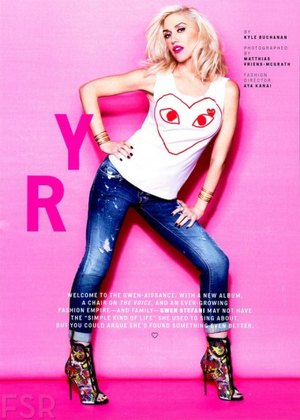 If the ads were removed this thing would be a pamphlet at best. . .

#1 Daily Habit That Makes you Richer

Spoiler Alert: They want you to pay off your credit cards and open a brokerage account.

This seems a lot like more than one habit, and I don’t understand the “daily” part of it.  But yeah, if you can pay off your credit cards and open a brokerage account you are probably well past the threshold of needing financial advice from Cosmo.

Seriously, guys aren’t difficult.  Let me distill it out for you Cosmo readers:

1.  If he tells you he is into you, or, by all heavens, marries you, he is probably into you, constantly second guessing him probably isn’t profitable.

2.  If he has all of his ex girlfriends on speed dial, it really isn’t “normal,” and you should have concerns.

3.  If he won’t tell you he loves you and doesn’t spend time with you, yeah, he’s probably going to bolt.

4.  If you don’t like the idea of your man spending a lot of time at a bar, it is probably not the best place to pick up your future man.

5.  Yeah, employability isn’t really a high bar to look for when considering a guy.  Unemployment isn’t a deal breaker, but unemployability probably should be.

6.  And finally, if he hasn’t changed in 6 years of dating, marriage and children isn’t likely going to do the trick either.  Sorry. . .

There 80% of the women’s relationship problems answered.

Yep, I put this whole discussion off until last.  Because, “OH my GOSH!”

Remember when I did the write up for 50 Shades of Grey?  The stuff in Cosmo is worse, in both the content AND presentation.  I’ve read men’s magazines (in the dentist’s office because the competition is US Weekly and Highlights) and the “Sex Tips” aren’t even on the same ball field.  So just getting that out of the way.

Should we brush our teeth before becoming intimate in the morning. . .

Why are you asking a magazine this?  Seriously, personal preference!

Also included in this edition are diagrams for “Morning fun”, including “The Over Easy,” “The Spoon Bread,” “Bangers and Mash,” and the French Toast!” 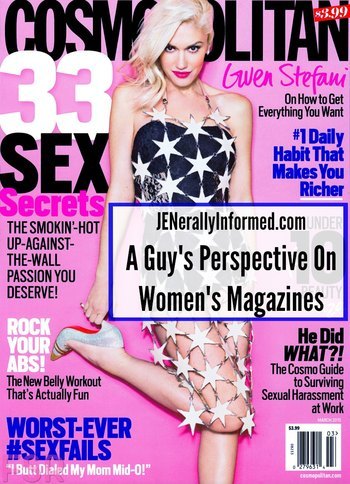