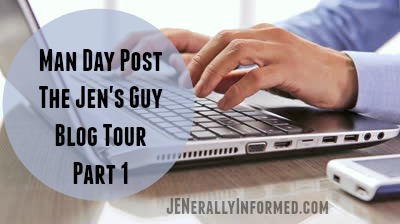 Welcome to another installment of Man-day from Jen’s husband Jen’s Guy!

So I have to admit I was feeling a bit shamed after Jennifer’s post on commenting.  That post has gone everywhere! I am pretty good at responding here, but I don’t believe I have EVER returned the favor of commenting on someone else’s site.  Jennifer usually does that. I’m really shy, however, so I figured the best thing I could do is to visit the sites of the people who comment on my posts and peruse them, because that could be fun, no?  So what I am going to do is visit the sites of all the people that commented on my last post, roughly in order.  This is a lot of work so I will break it up in two parts.  This is part one.  You will know it is time to turn the page, when you hear the chimes ring like this <chimes.>  Let’s begin now. . . 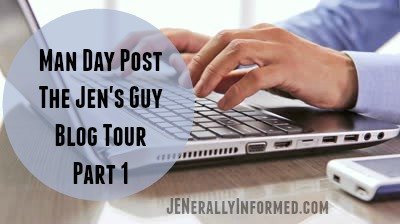 Jensguy takes a tour through #blogland @queenmomjen Was your #blog listed?

Confessions of a Mommyholic–  Janine Huldie

Straight up, Janine is a machine.  We don’t even consider a post published until Janine has commented on it.  And look at her site, it is immaculate.   Fast, snappy, clean, TEXTBOOK.  I read a post about her fear of throw up.

Insider note- Everybody has a fear of children throwing up.  There is probably nothing worse that laying in bed trying to determine if your child’s cough is going to eventually morph into a full on spew session, and how long it will take you to get to them and guide them to the toilet should it be needed.  NOBODY likes to clean throw up out of the bathroom sink.

Anyway, I wanted to leave a note, but there were like 500 other people commenting on the post.  I kind of felt like the person who knew a famous movie star in the fifth grade, and realizes as he stands in line at the book signing behind the paparazzi, the press, and all of the fans, that she probably wouldn’t remember him anyways. . .

Domain of the Mad Mommy–  Echo

Scanned down the post listing and zeroed in on the one about food (of course.) She went to a place called the Wise Acre Eatery.  Wait, Cheese Plate? Fritter of the Day?  With Pictures?  And excellent pictures! Bookmarked.  I keep telling Jennifer that a deep fryer would be a good investment.  All of this would almost make winter (Echo lives in Minnesota, I think) worth it.  ALMOST. . .

One of the first people to ever comment regularly on Jennifer’s blog back when it was a dreadfully designed blogger.com site  (I was just new as a designer.)  I’m not going to lie, her posts are hilarious, and the family favorite is her “church bulletin” series with items that were actually place in church newsletters.  A sampling:

The church will host an evening of fine dining, super entertainment and gracious hostility.

Pot-luck supper Sunday at 5:00 PM – prayer and medication to follow.

The ladies of the Church have cast off clothing of every kind. They may be seen in the basement on Friday afternoon.

This evening at 7 PM there will be a hymn singing in the park across from the Church. Bring a blanket and come prepared to sin.

The pastor would appreciate it if the ladies of the Congregation would lend him their electric girdles for the pancake breakfast next Sunday.

Heh.  Apparently I screwed up the feedburner transfer from the other site and Sandee thought we had slipped into the abandoned blog world.  Glad she found us again.  Fun fact, apparently Sandee is a retired police Lieutenant. 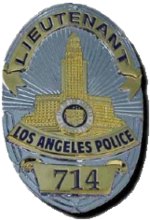 The Lieber Family–  Rabia Lieber (there is a pronunciation guide.)

Poetry.  No, seriously, literally, poetry.  Jen’s Guy fun fact- I am an English and lit major, a rarity for tech guys, but I appreciate good poetry and this is really good poetry.  What a great way to highlight your writing skill.  I even read a poem I wrote at the ceremony when Jennifer and I were married.  Probably the last poem I ever wrote.  I actually feel kind of bad about that.  Rabia, you have inspired me to do better.

OK, first of all Kristen is a sports reporter, my dream career if I didn’t have a face for IT work.  I also call shenanigans on how she has a sports reporting gig, raises a family, and still has the time to mommy blog, and do it well.  I read her post on “Parenting is not a competitive sport.”  I agree that it is kind of funny watching some parents trying to instill their worldview on parenting on everyone else.  Generally, if you are doing it right, people will pepper you with questions all on their own.  No need to go evangelizing.  If you are unsure of how someone will take your advice, probably best to hold it until invited to offer it.

In conclusion, sorry about the Lebron James then Chris Bosh thing.  But how about that Hassan Whiteside, huh? 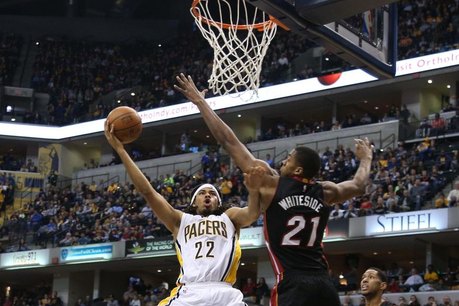 I’m going to let you in on a little secret.  I’m the tailor in the house.  Any sewing task larger than a missing button is generally MY responsibility.  I’m OK with this, because I’m also adept at plumbing and electrical work.  My man card is firmly secured.  That being said, I think my children will die disappointed if they have their hopes set on my ever being able to sew Sarah’s fabulous “Frozen” swag.

However, I’m going to take the time to hold an intervention, right here, right now.  Sarah, we all love your impressively crafted creations, but I’m willing to bet that I’m not the only one who would tune in to see how you REALLY feel about any number of current events.  Your comments are hilarious and informative, and I suspect would be even better in long post form.  What we need is “Sarah, Unplugged. . .”  I just noticed that you have a newsletter that promises “members only” content.  I’m hoping that means movie reviews and political commentary.  Imma gonna sign up!

Hands down my favorite Canadian, and I think I have relatives in Canada.  Probably one of the closest blogs in terms of makeup to Jenerally Informed (and we have often jenerally referred to ideas from her blog in design tips and posting style.)  The post I read was about Refreshing and Resurrecting Old Posts, because there are a lot of good posts that Jennifer and I put up a year or so ago before anyone was reading.  (There are some stinker posts too, so we would prefer to not have people just go looking.)  There is definitely  a lot to learn here. . .

This particular post has 90 comments already.  At my current commenting speed I might be able to respond to that many comments by Canadian Thanksgiving.  I’d probably give up and become despondent. . .

Gingi does Cosplay.  Awesome!  Jennifer pointed this out to me, and showed me the page.

Me- Look Gingi is dressed up as Yuna from Final Fantasy X  (I can speak in Roman numerals.)  I think that the way she is wearing the costume shows that this is not vintage Final Fantasy X and but Final Fantasy X-2 when she moved on from being a summoner and became a sphere hunter after joining the Gullwings.

Jennifer- Wow she wrote a pretty detailed description.  She must be really into that particular video game.

Me- (noticing that Gingi’s descriptions are very minimal) Yeah, that’s it.  You kind of have to scroll over for it to pop up. (there are no pop ups.)

For a quick count Gingi and her husband have about 34 different sets of costumes from comic books, movies, and video games.  I could name the source for about 25 of them without cheating.

It was so good to return to the Temple with @bekah