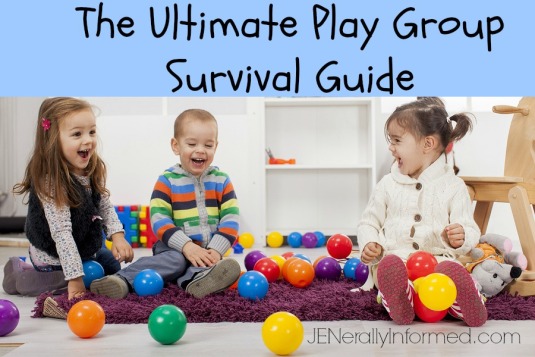 Yesterday I took my 1 year old daughter Anneliese to a play group that is hosted by a local community organization. I have been attending play groups such as this and ones in people’s homes for 13 years now. I have become a seasoned pro at navigating these events, yet every once in a while something will happen at a play group that throws me a curve ball.

Typically, upon entering a play group I scan the room and generally steer my children in a certain direction where it would appear the children are playing well and most importantly, the parents are interacting with the children.

Fifteen minutes in and all was going well as she and I sat putting puzzles together with another little toddler. My daughter stood up to go and get another puzzle for her and her new found friend to play with and as she did so a little boy several years her senior approached her. She looked up at him and smiled. In return for her smile, he punched her hard in the stomach.

I jumped up and ran over to my daughter who was now keeled over and crying on the floor. The little boy looked down at her and saw an opening and was about to punch her again as I stopped his hand mid punch. His mother finally looked over in our direction at this point and told her son to play nice. I informed the mother he had punched my daughter and had tried to do it again a second time and that he would need to keep his distance from her for the rest of the time we remained in attendance. Her response was to begin talking in a baby voice to her son and to tell him “hitting was not nice”. She then returned to talking with her friends and left this much older kid to run amok through the play group. After many years of attending play groups I have learned when it is worth it to continue talking and when to save my breath and move on. This was one of those cases.

Children being children, next week my toddler could be best friends with this little guy who hit her and I realize that as Mothers we can’t judge where someone else is coming from. I can however come prepared to help make play groups a positive experience for my child(ren). I would also hope that other mother’s like this one I interacted with would follow a few very important play group rules. 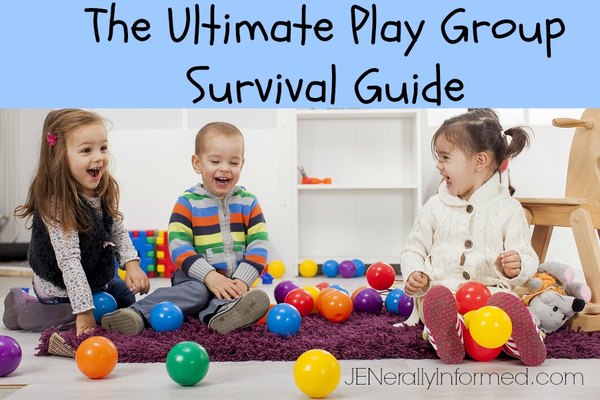 1. Make sure that you attend age appropriate play groups.

By doing so you typically will find children with the same developmental skill-sets and abilities. Introducing an older child to a “babies” playgroup is generally a recipe for failure. As the older child will be bored and find less than satisfactory ways of entertaining themselves. If you have multiples I would suggest finding a support system of people who you can swap with for play groups that do not match the age or interests of your other children.

This should be a no brainer, but make sure you actually watch your child. You know your child better than anyone else and you know their tendencies. For example if they are obsessed with trucks and the play group you are at has only 1 truck for 5 children to play with, this could cause a problem. You can instead use this opportunity to help teach your child to share and learn some important social skills.

Also if little Tommy has taken to biting lately, you really are going to want to watch him to make sure others don’t get hurt.

I do however want to point out that I have been crazy starved for adult interaction and I know that play groups like this are important for both the caregivers and children. I am not trying to be harsh, but it is possible to both interact with adults and watch your children to ensure a positive play group experience.

If the play group is at someone’s home, don’t leave a mess. Cleaning up teaches your child valuable lessons and makes it more likely that you will also be invited back for a second time. In addition don’t arrive late or overstay your welcome. I have hosted some play groups where I thought one or more of the parents were going to try and move in!

4. Watch the cues your child gives you.

I have learned quite a bit from watching my children. If my child is hesitant or scared around another child then I take notice right away. Sometimes this can be explained by shyness, that I can help them work through, but sometimes their hesitancy can be due to the fact my child just doesn’t trust this other child and I should watch what is going on.

And most importantly, one steadfast rule I have ALWAYS adhered to: Tired and fussy children should be taken out of play groups even if that means leaving early. People will understand and appreciate it. This gets a little tricky if you are hosting the play group, but removing your child for a while is still a good idea.

5. The best play groups involve play mixed in with activities.

It’s a good idea to mix things up. Read a story sing some songs, allow kids free play and then bring them back for another short activity. Doing this keeps kiddos happy and less likely to cause boredom related issues.

As I said kids are kids. They have to learn how to play with others. Sometimes they will do this well and sometimes not so well. Barring any physical danger, I have allowed children to squabble over a toy to see how they would handle it. I will however take a child out who is behaving badly. This ensures that for the next play group they understand those behaviors which are allowed and those which are not.

What other guidelines have you found that work?

P.S. Little slugger had an “unfortunate” run in with a wall and some chairs just a few minutes after our unpleasant little interchange. I guess what they say about karma is true.