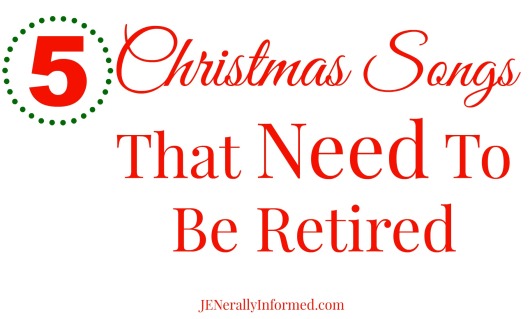 One of the best parts of the Holiday season is the music!

I love to listen to all of the sleigh bells jingling, chestnuts roasting and yule time carols both old and new. In the town where I live there is a radio station that plays nothing but Christmas music for the whole month of December. This occupies slots 1-5 on my radio presets.

During the month of December I have no problem listening to the same songs being sung by various artists over and over again. Unless it is one of these 5 songs.

These are the few Christmas songs that will induce jaw clenching results every time I hear them. 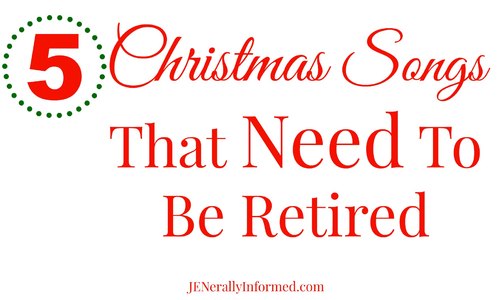 First off let’s talk about a little song circa 1984 via Band Aid.

Do They Know It’s Christmas?

The first time this song played while my children were in the car one of them asked, “Mom do they celebrate Christmas in Africa?”

So I did a little research and according to various statistics the Christian population of Africa is only about 38 percent with the rest of the population being split between Muslims and the rest as either being unaffiliated or other.

I was all of the age of 7 when this song came out and I even received a highly coveted cassette single as a Christmas present that year. It was the first time in my life I had seen so many stars get together for a cause.

Now, it’s not that I don’t feel like we should and really need to help out some of the horrific situations and illnesses that are prevalent in Africa. It is just that the whole premise of this song is ridiculous. Not everyone in Africa celebrates Christmas. So the answer to the song’s question would be NO they don’t know it’s Christmas.

The song should be please help out people in Africa because it’s the right thing to do not because it’s Christmas time. Yeah, maybe that wouldn’t sell so well…..

P.S. Please notice some of the greats who participated:

Upon mentioning any of these bands and artists to my children today they looked at me like who are these people?

Carol of The Bells From The Trans Siberian Orchestra

As I listen to this music the vision that plays over and over in my head is of a demonic Santa and his possessed reindeer riding into town on Christmas Eve in order to kill me and all of my family.

I’m sorry, there is no other vision I can conjure up as the electric synthesized music crescendos.

My second youngest daughter heard the song for the first time this year and said Mom this song is creepy. 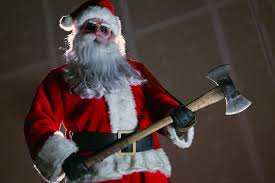 Santa Claus is Coming to Town!

How did one of the greats, Paul McCartney, put out this song?

This song is seizure inducing. Did you know that he sings the line Simply Having A Wonderful Christmas time 666 times?

Notice that ALL of the people had to be drunk in order to appear in the video, because none of them would lend their likeness to this monstrosity otherwise.  And if you watch Linda McCartney shaking those sleigh bells, she is emoting, ‘Yep, this is pretty much over Paul, I’m moving on to find someone NOT waging war on Christmas with terrible music.”

An extra lovely touch to the video is Paul and his friends spray painting Merry Xmas on the walls of people’s homes because nothing says Christmas like a little vandalism…..

I KNOW you all know this song. It’s about a little boy in line at a store trying to buy shoes for his Mama on Christmas Eve because she is going to “Meet Jesus” that night.

I could listen to this song 15 times in one day and still cry every time! When it comes on the radio by the end of the song every person in my car is sobbing and I am sitting there wishing I could be in that store with that little boy.

I wouldn’t just buy him the shoes.No, I would follow that little boy home with presents, 15 pairs of shoes for his Mama and him and every member of his family. I would come back after his Mama had passed with dinner and crews of church women I tell you!

Just giving him the one of pair of shoes and seeing him walk off and then ending the song is almost unpardonable!

Of course others felt the way I did, that was why we all needed a Hallmark Channel Movie with Rob Lowe. . .

Here is a portion of the lyrics of the tale of a 7 year old boy:

You came home at a quarter past eleven
Fell down underneath our Christmas tree
Please Daddy, don’t get drunk this Christmas
I don’t wanna see my Mumma cry

Again, the first time my oldest child heard this song she asked me if our “Daddy was going to ever do something like that?”

Ummm, well since my husband doesn’t drink the only way this would be possible is if he listened to Wonderful Christmas Time and seized up, convulsing under the Christmas tree.  Fortunately that hasn’t been repeated since it first occurred back in 2006.  He’s doing much better now.

As I was getting ready to hit publish, my husband reminded me of a song that I left out.

Many years ago, in church, at Christmastime, a cheerful young couple got up to the podium to sing this song for the congregation to bring us all happiness and joy.  By the 42nd verse, I wanted to rise up out of my seat, approach the podium, and end them.  It was 18 years ago and I don’t think they have wrapped it up yet.  And the thing is, the song doesn’t even take place at Christmas!  It is set during the “Feast of Stephen” which is the day AFTER Christmas.  That is a tough lineup for a Saint to have your feast day when everyone has already gorged themselves on Turkey, Ham, eggnog, and, in Tucson, tamales!

As it turns out, this piece has been getting criticism since the late 1800’s.  Generally because the author took a well loved (at the time) traditional spring tune and saddled it with these awful plodding lyrics that seemingly never end.

Because bad is bad, no matter what century we are in.

Before you go make sure to sign up for my email list to receive your free Christmas Wall Art & Card Bundle! 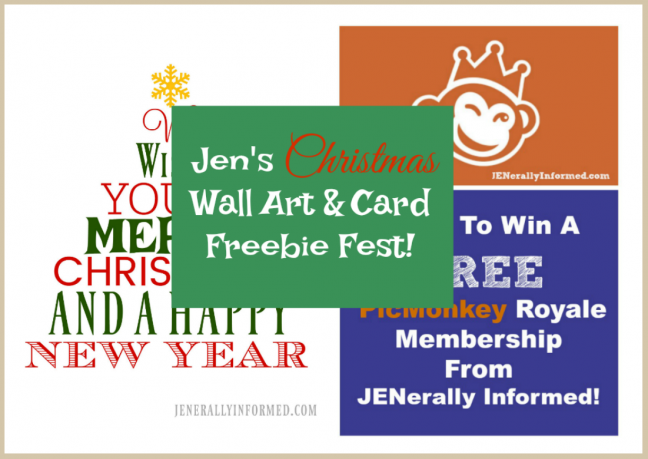