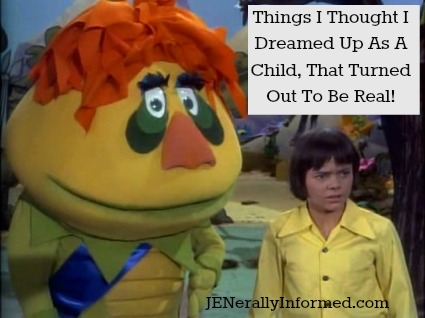 Do you have certain things from your childhood that with age seem kind of fuzzy? Things that you kind of remember, but aren’t really sure actually happened? One of the great uses of the internet is the ability to check up on these types of questions and to verify that which really happened versus those things which were sugar induced nightmares. So here is my list of the top 5 unbelievable things I thought I experienced as a kid that did indeed turn out to be real: 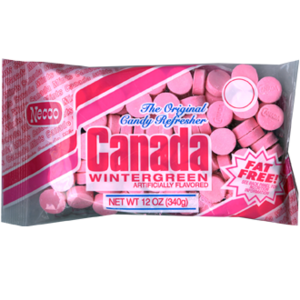 My Uncle Doug fought in every one of the major naval battles in World War II. Failure meant either death or that he and his shipmates were likely stranded thousands of miles from dry land in shark infested waters. After surviving that, he came home and ran a small town post office for 45 years. Words cannot express what America owes to him and the men and women of his generation. One of the things I remember about Uncle Doug was his penchant for this chalky pink candy that tasted just like Pepto Bismol. I don’t believe I have seen this “candy” ever since.  I started to wonder if I had just made it up.

Meet Canadian Wintergreen Lozenges.  I suspect they existed BEFORE Pepto Bismol and the medicine was modeled to look and taste like THEM rather than the other way around.  You can still get them from Necco, the makers of those inedible Necco wafers as well as those little clumps of sugar gone bad that were formally branded as candy cigarettes (this should probably be its own entry in this post.)  Part of me wants to taste test Wintergreen Lifesavers next to Pepto Bismol and see if it is indeed the same flavor without the color.  I just can’t bring myself to do it, however. 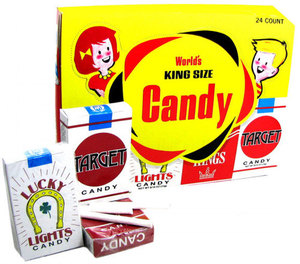 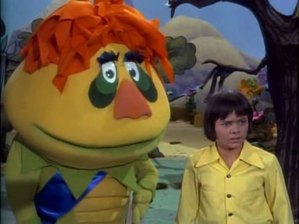 Growing up there were many Saturday morning cartoons that were weird, but I vaguely remember a live action show about a dragon with a humongous head and a witch that chased a boy with a talking flute.

Meet H. R. Pufnstuf.  I can’t really explain it as well as the intro to the show.  I can only assume drugs were involved:

Funny story, do you also remember the old characters from McDonald’s like Mayor McCheese, Grimace, and the Hamburgler?  Totally ripped off from the creators of Pufnstuf, Sid and Marty Kroft.  McDonald’s still pays these guys a royalty that was won in a lawsuit.

Bonus point.  H. R. Pufnstuf was actually in an episode of Chips, one of my favorite shows as a young child about motorcycle cops.  I completely thought that I had made this up in my fuzzy memories.  However, here is the proof: 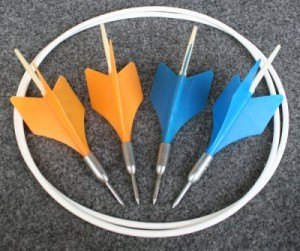 So these deadly instruments of honed aerial impalement were developed into a family game that included tossing them toward your competitor’s general area. Seriously?

And then they were banned.

Over a period of eight years, lawn darts had sent 6,100 people to the emergency room. Eighty one percent of those cases involved children 15 or younger, and half of those were 10 or younger. The majority of injuries were to the head, face, eyes or ears, and many led to permanent injury or disability.

You cannot purchase new lawn darts today, but you can buy replacement parts and get them at yard sales (but not ebay- they are banned there as well.)  Recently stores have released “nerfed” Lawn Darts with soft, non-sharpened ends.  It probably plays just the same without the danger of permanent injury.  Yay! 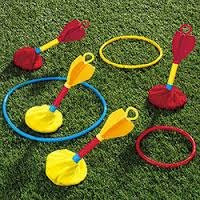 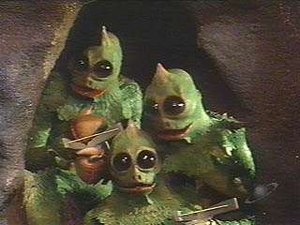 The same people that gave us the the happy H. R. Pufnstuf also gave us these hissing demons from Hell that, quite frankly, STILL give me nightmares.  The Land of the Lost was a show about a father and two children who get marooned in a land that has dinosaurs in it, including a couple of marauding T-Rexs.  I could deal with the dinosaurs as a four year old, but the sleestaks were a whole new level of terror.  I think I had to actually leave the room when these guys came slithering and hissing onto the screen.

I looked to see if they had anything on YouTube, but I think everyone else is also too frightened to isolate out the sleestak parts of the show, and the best I could do was this:

The hissing!  Oh that horrible hissing! 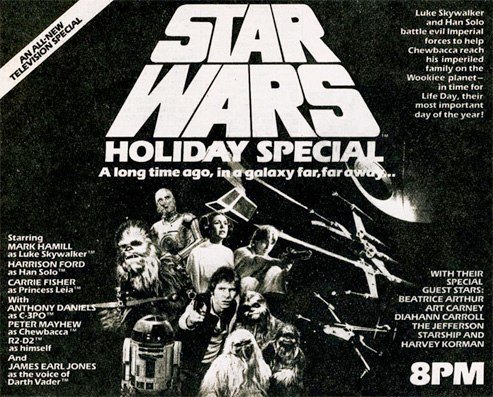 See the problem here is that this thing was so bad that large sums of money were probably paid to destroy all evidence that it ever existed.  How bad was it?  I was 5, it was Star Wars, and even I knew it was terrible.  The strange thing is that they had all of the actors from the original Star Wars and probably the freedom to do whatever they wanted, and they gave us:

Entire scenes spoken in Wookie with no translation.  Not just one scene, but MANY scenes. 20 minutes worth!  (Start at 3:00 minutes, it’s just gold!)

With the original cast on board, they felt the need to tie in the “Golden Girls” for some reason, before anyone had even heard of the Golden Girls.  Because nothing speaks to young science fiction fans like a singing Bea Aurthur.

Mark Hamil who played Luke, who wasn’t really a popular actor before or since Star Wars, was in the show for about 12 seconds.  He was available, but instead Bea Arthur and Chewbacca’s grandfather needed the extra screen time for some reason.

Honestly, before the internet I almost believed that I had dreamed this up and there was no way something this bad had ever existed.  Fortunately lessons were learned. 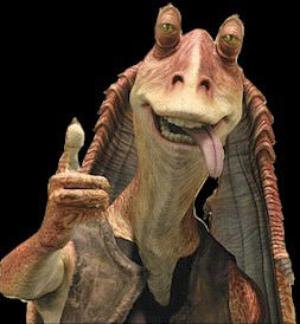 Or perhaps they weren’t.