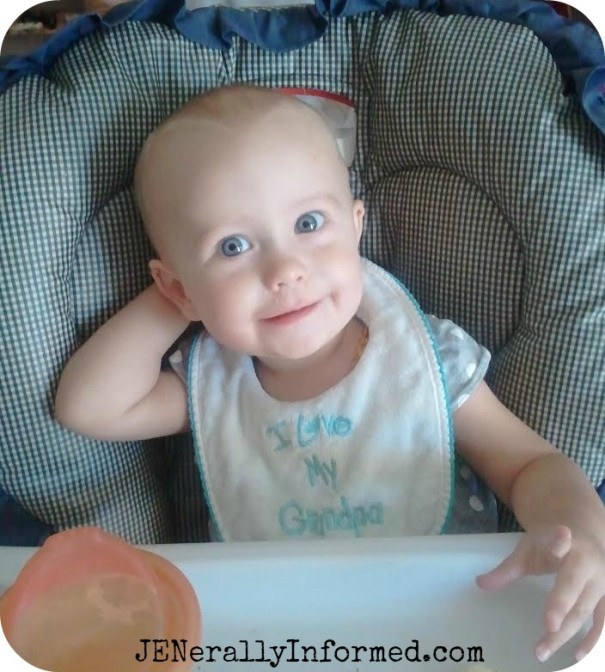 Last week my good friend Sarah of Ruffles and Rainboots asked me to guest post over at her blog. I love Sarah and was thrilled to do so. If you haven’t checked her blog out before now, you really should.

You are all familiar with my caboose baby Miss Anneliese Claire. She is 17 months old and is beautiful, lovely and much loved by all. 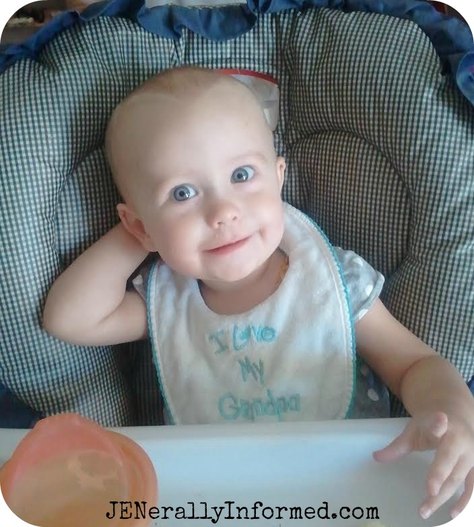 She is also a toddler.

The official definition for a toddler is one who toddles and is in the beginning stages of life.

The Urban Dictionary definition for a toddler is a tiny bipolar human under the age of 3, who can swing rapidly between endearingly cute antics and screaming, kicking, biting fits of rage. Completely unpredictable and often unintelligible lovable little walking blessings/nightmares disguised as tiny human beings with giant heads.

Looking at that picture above you could never imagine that this little blue eyed angel could morph into something far less cherubic. 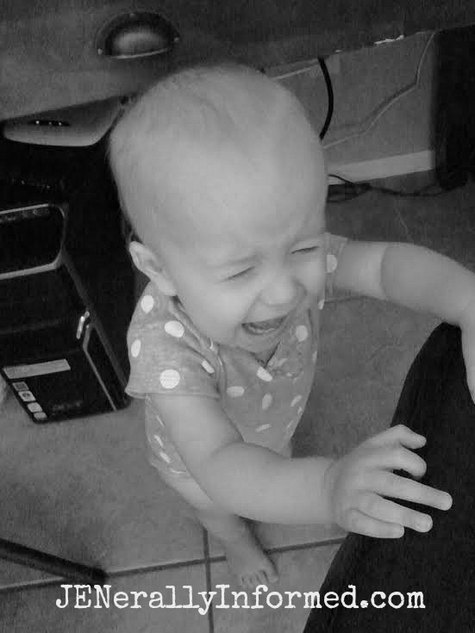 There are loads and loads of scholarly works written on how to properly raise these tiny little humans, but anyone who has ever spent five minutes with a toddler knows that it’s more like a no holds barred episode of Survivor rather than an episode of Mister Roger’s neignborhood.

Does this ring a bell? 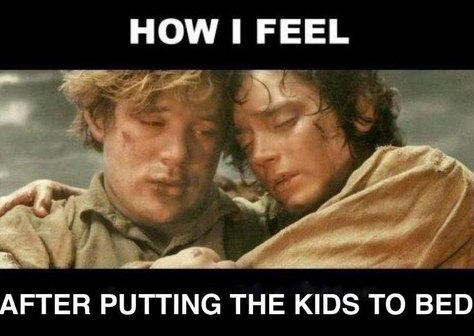 So do you want the real rules on raising a toddler? Here they are!

So do you want the real rules on raising a toddler? Here they are!

Don’t try to stop them from hurting and maiming themselves or others. Doing so will make them VERY mad. Refer to Urban Dictionary for possible toddler reactions.

Sometimes they will not want you to cut their sandwich, but they won’t know that is the case until after you have ALREADY cut their sandwich. If you have cut the sandwich at this point they may throw it at you, scream, wail and demand a new uncut sandwich only to behave in the exact same way when presented with the new sandwich.

They do not like shoes, hats, coats, scarves, diaper changes and so forth. You need to be especially aware of their new found ability to snatch diapers and throw them at you while you are in the process of changing them.

4. Do not try to do anything other than pay attention to them.

This list would include going to the bathroom, answering the phone or door, cooking dinner, attending to other children or sitting. Note- Pay extra attention to the sitting one because that is when these tiny humans are most likely to strike….

Don’t think you can adhere to any of these rules?

Well, than that means you are a responsible parent. Congratulations and good luck!

Before I go though here is some final rules for raising a toddler: 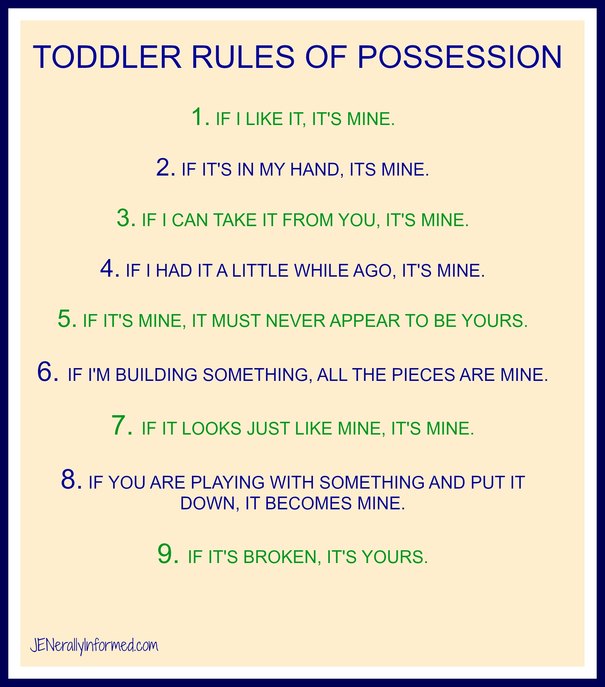