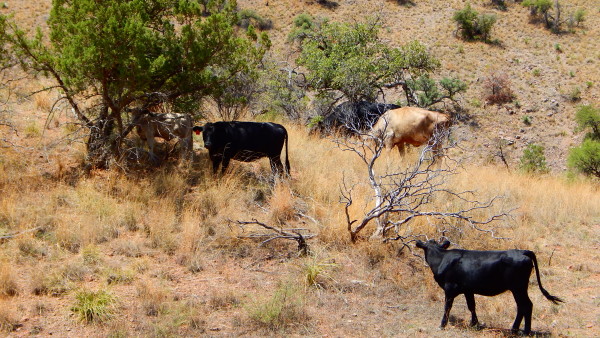 Here’s a little side note from Jennifer’s article on BlogHer which I hope you have already taken the time to read.

Do you ever have moments when information just clicks?  Something that takes a really large issue and brings it into a single local issue and suddenly everything makes sense?

I’ll show you an example.

Here are some Mexican Cows that Jennifer and I saw on our border trip: 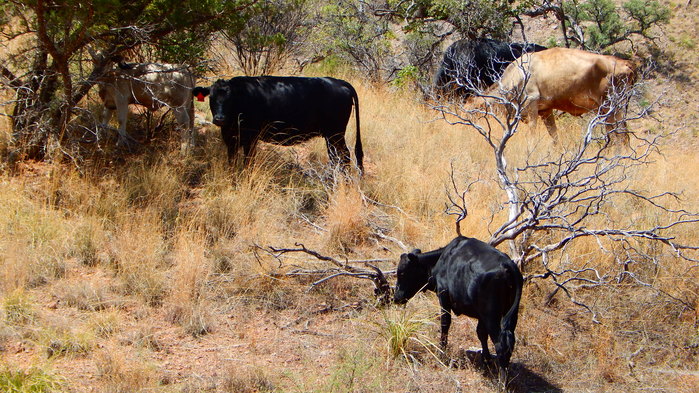 Well, not all of them are Mexican, just the lighter colored ones.  What you see here are cows from different countries living in harmony:

And it’s all because hamburger is sooo darn expensive.

Yep, you’ve been to the grocery store, you know what I am talking about.  Hamburger is outrageously expensive.  So is milk, but we already covered that.

So because Beef is so much more expensive, Mexican cattlemen (there is evidently not a cool term for Mexican Cattlemen, like “vaqueros” instead of cowboys) are raising more cattle to ship to the United States, because we all know there CANNOT be a beef shortage right before football season.  As a consequence of raising more cattle, they are overgrazing their pastureland.  We cannot do this in the United States because much of the pastureland is owned by the federal government and leased back to ranchers.  When Jennifer and I were on the border looking over the cattle fence that separates the two countries there was a noticeable difference between the vegetation on the other side of the fence.  It was more brown and barren because there are too many cows for two little grass in that pasture.

So, when a smuggler cuts the fence to smuggle drugs into the United States, the Mexican cattle follow right behind, because the grass REALLY IS greener on the other side.

So once a week or so, the kind rancher, Mr. Bell, who gave us our tour, has to round up the Mexican cattle and show them to the gate he made in the fence for this very purpose (yes there is a gate in the wire fence between the United States and Mexico with evidently no passport or waiting in line required.) 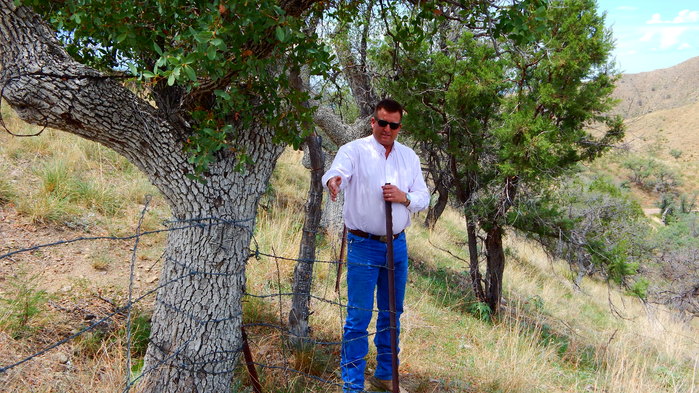 So Econ 101, Demand goes up for a product, market rises to meet demand, market must make changes or sacrifices in order to meet increasing demand, this sacrifice results in renegade cattle moving across the border to hang out with their American Beef Brethren.  And my first year of college now makes a lot more sense (except for the girl I dated for two months, that will NEVER make any sense.)

As a secondary note, At the Mariposa border crossing, they just finished a multimillion dollar cattle inspection facility to make sure that ALL of the cattle are thoroughly inspected and “dipped” before they are allowed to mingle with the American cattle in the pens on the other side, awaiting shipment to the rest of the United States. 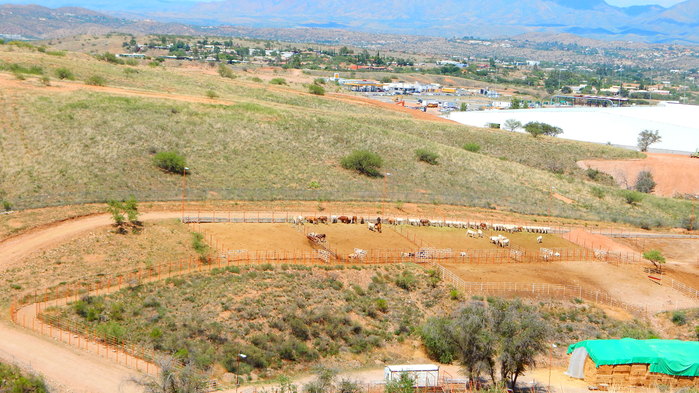 This is, of course to ensure that no disease is allowed to transfer from the Mexican cattle to the States-side cattle or vice-versa.  It is a lesson in the thoroughness and efficiency that only government can manage when it comes to solving these types of problems. 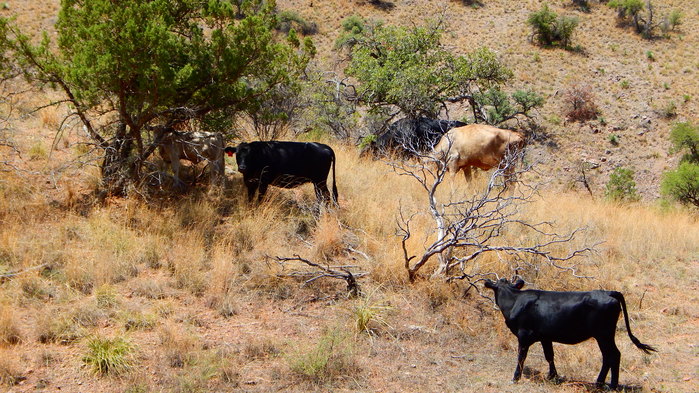 Lessons to be learned everywhere!