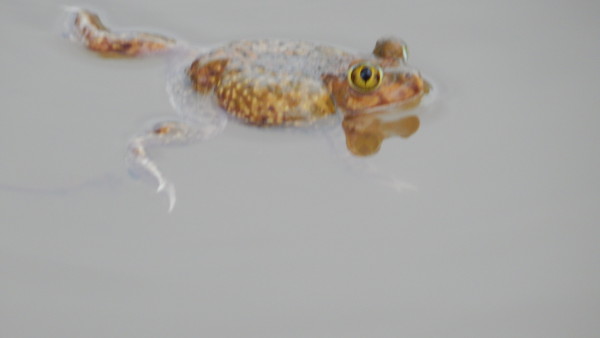 We live in Tucson, Arizona, famous for our omnipresent sunshine, except for a couple of months during the summer when we get our Midsummer Monsoons. 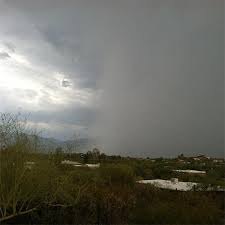 What the Monsoons mean is that there is a period, from the end of June to the first couple weeks of September, where it could conceivably rain every afternoon.  While this is true in theory, it never happens.  The wet Mexican air moving north creates strong storms, but they aren’t overly large in area.  In some cases you could watch a gully-washer develop across the street while remaining completely dry on your front porch.  Whenever your number comes up though you WILL get doused.  We had a couple of 2-inches-in-one-hour storms hit us the past couple of weeks.

They are spectacular to watch, and I love them except for two things:

When I have to get the kids from school.  We walk our children to school which is uber cool.  We shuttle them across the desert instead of the sidewalk which gives us all a slice of “Little House on the Prairie” adventure as we have seen coyotes, snakes, and javalina  (a southwestern cross between a wild boar and a very large rat) at various times.  One little girl making the trip swears she saw the Chupacabra also, but further verification of this claim will be required. 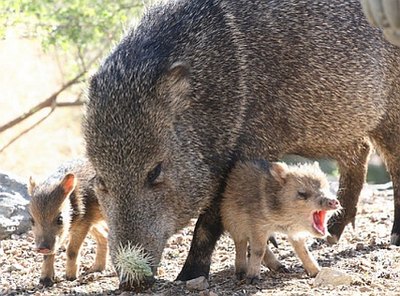 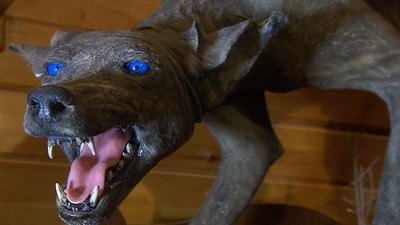 Part of our trip includes a jaunt through a wash, which generally isn’t a problem, unless it is raining hard, then you learn why those storms are called “gully-washers.”  All of our “rivers” in Tucson are like this, operational only periodically for a couple months a year, but are raging torrents when in service.  So yeah, if it rains at the right time, we have a river in our back yard running between us and our children.  Getting them home requires careful footwork, wet shoes and pants, and quick observational skills to avoid the  pieces of “jumping cactus” floating along the whitewater rapids.  I fully suspect that the severity of this crossing will increase exponentially in the retelling to my children’s children. Looking something like this. 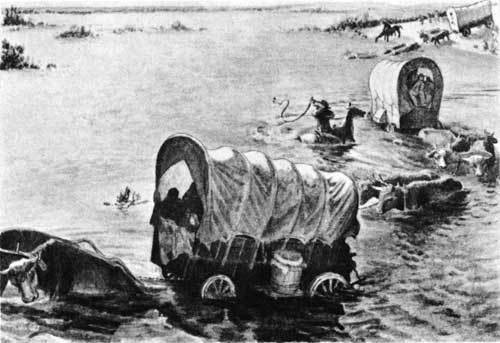 Now let’s talk about the frogs, the stuff of nightmares.

So, in Tucson, we have dozens of breeds of toads and frogs that appear after a rainstorm.  Basically, they lie in suspended animation a few inches into the dirt until it rains during the summer, then they get out and party like it is Spring Break in Daytona Beach.  They eat a ton, mate like Lindsey Lohan, then dig themselves back into the mud for a year. Here’s a picture my son Caleb took on one of the frogs. 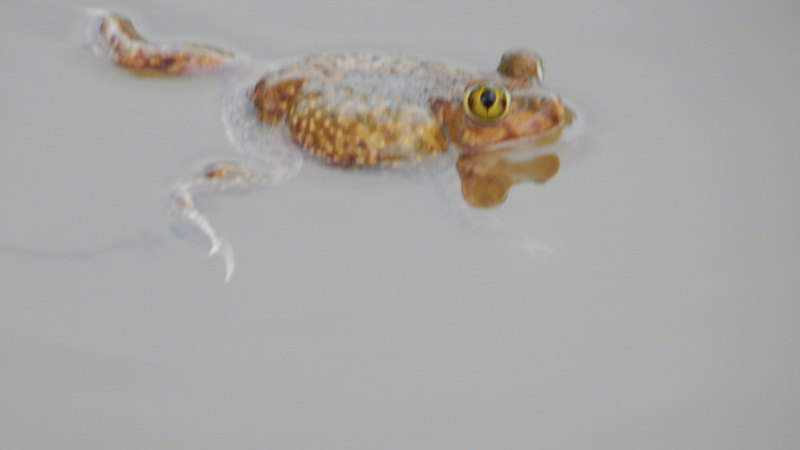 The frog women, where they at?

Right next to our house there is a collection pond that gathers all of the runoff water which becomes frog central.  The kids will even go out and catch them because they are kids. 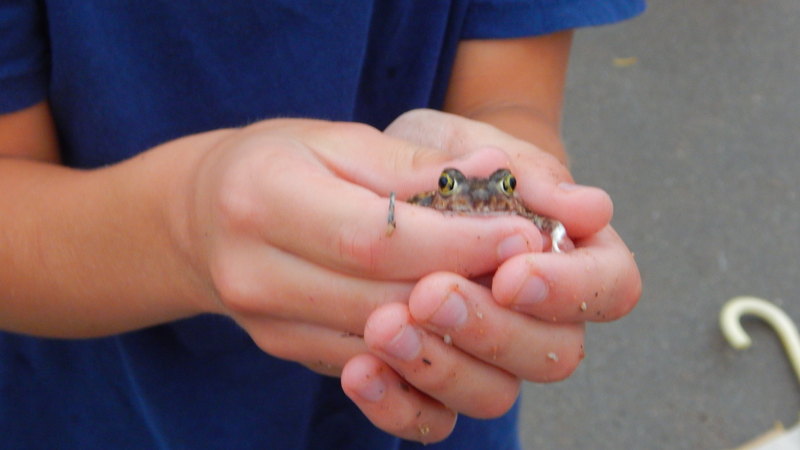 So yeah, you would think we could stand out on our porch at twilight and it would be just like Pirates of the Caribbean, with the awesome sound of hundreds of frogs croaking.

We get this: (turn up your volume)

It’s like a thousand tiny goats being choked by gym socks.  ALL NIGHT LONG!!!  The deck from our master bedroom overlooks the frog breeding ground and this is the soundtrack.  I mean if we had fireflies, then maybe. . .  But this. . . Just no. . .

For those who missed it, and completely unrelated, here is Jennifer’s encounter with an ice bucket. . .