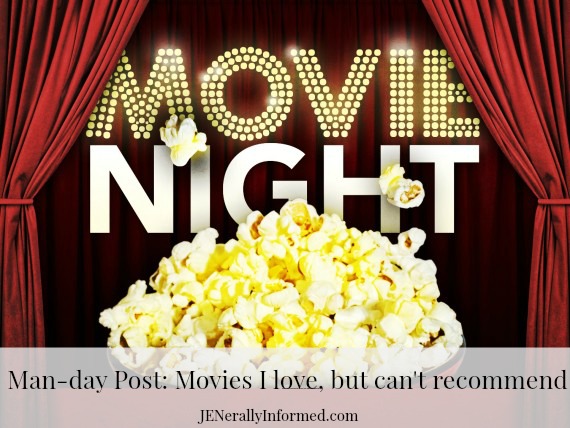 I don’t believe that I am alone in my enjoyment of certain things which I am fairly sure others might not enjoy nearly as much as I do.  For example, something like Kipper Snacks. Kipper snacks aren’t for everyone, but if you like them you just really like them. 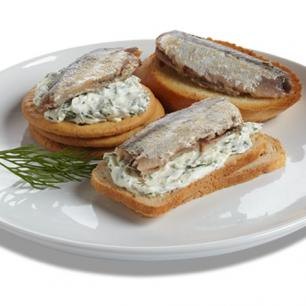 So I’m going to talk movies.  Movies that I will watch almost every time they are available, even though I wouldn’t actually tell anyone else to watch them because of possible repercussions.  You would have to know someone REALLY well before deciding if this was the type of movie they would want to watch.  Keep in mind, that I don’t want any of you going to rent any of these movies and coming back to tell me how terrible they were.  You were warned.  If you like them, you can join the “top secret” fan club, like me. 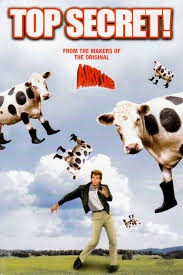 Speaking of “top secret”, here is a long forgotten gem nestled somewhere between Airplane! (which I can heartily recommend) and the Naked Gun movies (which no one can, mainly because of the now really awkward appearances of O.J. Simpson.)  Top Secret stars a pre-Top Gun Val Kilmer who plays a rock and roll phenom touring Cold War era East Germany where he joins the French Resistance. . Yeah, the plot doesn’t really make any sense.  It is mainly just an amalgam of  sight gags, some of them hilarious, and some , meh. . .  There are enough, however to make it worth watching when it comes on TNT, which it often does.  Some of the jokes are wildly inappropriate for family viewing, so this really isn’t a movie for young children, even though many of the gags appeal to the children in all of us.  OK, mainly the little boy in all of us. . . 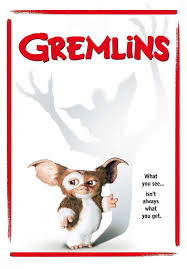 Yeah, it isn’t exactly like you remember it.  It is really , really dark!  Sure you remember the cute Mogwai named Gizmo, and a couple of laugh out loud scenes with the Gremlins rampaging through the town.  You may have forgotten that a lot of innocent and sympathetic townspeople die.  You have also probably repressed the detail that the heroine, played by Phoebe Cates,  relates that she hates Christmas because her father died because he got stuck in the chimney delivering Christmas gifts. . . Heck, let’s just quote it:

The worst thing that ever happened to me was on Christmas. Oh, God. It was so horrible. It was Christmas Eve. I was 9 years old. Me and Mom were decorating the tree, waiting for Dad to come home from work. A couple hours went by. Dad wasn’t home. So Mom called the office. No answer. Christmas Day came and went, and still nothing. So the police began a search. Four or five days went by. Neither one of us could eat or sleep. Everything was falling apart. It was snowing outside. The house was freezing, so I went to try to light up the fire. That’s when I noticed the smell. The firemen came and broke through the chimney top. And me and Mom were expecting them to pull out a dead cat or a bird. And instead they pulled out my father. He was dressed in a Santa Claus suit. He’d been climbing down the chimney… his arms loaded with presents. He was gonna surprise us. He slipped and broke his neck. He died instantly. And that’s how I found out there was no Santa Claus.

That is some heavy stuff to drop in what turns out to be a throwaway development point.  It really has no bearing on the rest of the movie other than to horrify everyone for no apparent reason.  But, Gremlin in the microwave, so. . .forgiven. 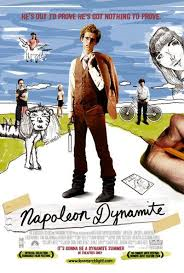 You either get this movie, or you don’t.  If you don’t, you probably rank it as one of the worst movies ever made.  It amuses me that MTV was so fully behind it because it is mainly a collection of LDS culture inside jokes.  The character of Napoleon Dynamite is based on an actual person that I lived in the same house with while Jennifer and I were dating at Brigham Young University. Director Jared Hess and the actor who plays Napoleon, Jon Heder moved in right when I moved out.

The key to the movie is if you learn to like Napoleon.  If you can get to know and respect him as a character, the movie is hilarious as Napoleon is actually the straight man with all of other people in Napoleon’s world providing the real entertainment.  If you can never learn to accept Napoleon’s awkwardness, you will bounce around with face-palming embarrassment with each of the social missteps that Napoleon makes throughout the movie, probably not enjoying yourself.

On a side note, the magical Liger that Napoleon idolizes was named Shasta and she is on display at BYU’s Bean Natural Sciences Museum, where Hess likely discovered her. 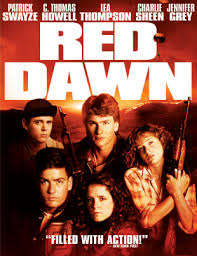 To start off, I don’t even recognize that the remake exists.  As far as the plot goes, it is a lot like Dirty Dancing, except for that right before Patrick Swayze and Jennifer Grey meet, Kellerman’s (which has been moved to Colorado) is invaded by the Soviets.  The cast list is almost a who’s who of popular young 80’s actors who all provide stunning performances (including Swayze and Grey).  One of the best, and worst, parts of the movie is that no character is safe.  Get an attachment to a character they will likely not make it through the next battle.  This just about caused Jennifer to rage quit the movie when we first watched it together.

Also, it is violent, extremely so.  It was the first feature film to earn a PG-13 rating, newly created in 1984, which saved it from being rated R.  The movie covers a lot of themes outside of the action genre as it takes the stereotypical 80’s guns and explosions flick and inserts real people, who are mortal.  If you take normal humans and put them in bad situations, not everyone will make it through to the other end, which creates a whole new dynamic compared to the expected, indestructible protagonists. 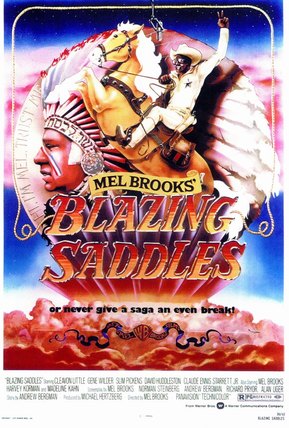 There is simply NO WAY this movie could be made today.  It would offend a list of people so long that they would have to stagger the protests at the movie theaters to fit everyone in.  It is also to Mel Brooks what the Sixth Sense was to M. Night Shyamalan.  He just never got back to that level.  Despite the full on assault against political correctness, or more likely BECAUSE of it, this movie really shines by making points, generally about race relations, but not sanctimoniously beating you over the head with them.  It can also be played as a straight up comedy if you prefer to not think too deeply which makes it amazing.  The characters and acting is pitch perfect, and it is a crime that Harvey Korman, who plays villain Hedley Lemarr was not nominated for an Oscar, which he opines about during the movie.  Classic!

If you haven’t seen this movie, you really should, but you didn’t do so on my recommendation!