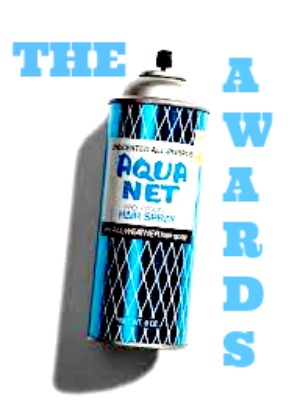 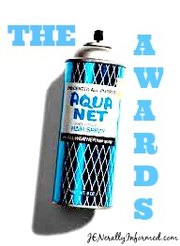 A few months ago we discussed the Greatest Mullets of the 80’s and 90’s. Now it is time to finally honor all those female mavens of style who boldly wore big and bigger hair and were not afraid to utilize entire cans of Aqua Net in order to perfect their coifs.

Now, for the ground rules.  First, Cher is disqualified due to excessive use of wigs.  Second, we aren’t going to limit things to the 80’s and 90’s.  Finally, we went with the bigger stars unless you really brought something special to the party. 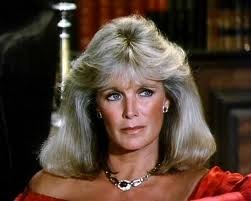 A lot of people aren’t going to remember her unless they were nighttime Soap fans in the 80’s like I was. My mother and I had a special weekly girl’s only night. Together we would view all the revenge, deceit and romance the Carringtons of Dynasty had to offer.  Just look at that hair. It shines like platinum and is likely twice as hard and sharp.  Seriously, I suspect her hairdresser wore gloves in order to stop the flesh wounds likely to occur if she went in unprotected.  Bravo, Linda, for the extra hard work to edge yourself onto this list. 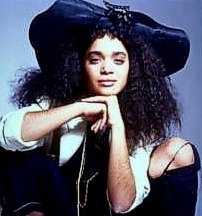 Also known as the rebel Cosby Kid, who seemed unnecessarily moody and aloof.  She does good work here in the hairspray + accessories category in somehow achieving big hair AND a hat.  She was especially good with the berets.  I suspect it was this reason alone that they gave her her own spinoff show, “A Different World.  It is easy to underestimate just how big berets were. . . 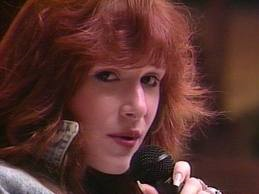 We had to put one of the late 80’s teenage music mavens here in order to represent the young girls that drove the big hair bus.  I asked my husband about Debbie Gibson (I believe he kind of fancied her in his early teens) but he said, “She wore a lot of hats, and she was no Lisa Bonet.”  So there you go.  Tiffany, on the other hand, made her mark by touring fashion malls across the US re-recording early 60’s songs, and rocking her gorgeous auburn mane.  For technical reference, this was the apex of the “bangs” frenzy.  Extra points for bringing back the retro feathering. 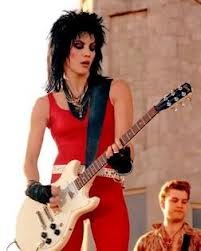 Joan Jett makes the list for combining volume, height, and movement because Joan never stays still.  The raven haired beauty represents with her jagged, punk-inspired coif that is also successfully employed by the likes of David Bowie.  She is the only person on this list that makes big hair look dangerous. 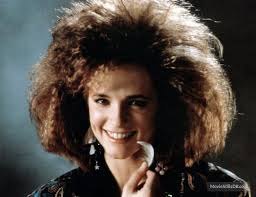 Lea was kind of an “it” girl for a few years until her career was destroyed by “Howard the Duck” which many consider the worst movie ever made.  The one GOOD thing about this movie was Lea’s hairstyle which is representative of the crimper style of big hair management.  Because of my naturally curly hair, I never had the opportunity to participate in this tasty goodness. 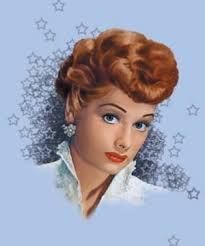 Lifetime achievement award.  I can’t recall any image of Lucy where her hair wasn’t exactly where she wanted it to be, even during her slapstick misadventures.  She also has the distinction of carrying the most lovely hairstyle that almost nobody would EVEN attempt to replicate, either due to the difficulty of construction, or the fact that she completely owns it, forever and for all time. 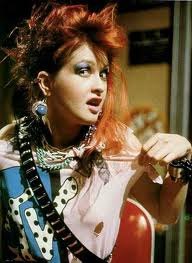 My husband and I have developed a theory that one of the great injustices of all time is that Cyndi Lauper’s career faded and that Madonna flourished.  Cyndi was the superior musical talent, personality, and had all the fun minus the skank factor.  Because of this, we are including Cyndi on this list and leaving the Material Girl off.  Redemption needs to start somewhere and this is as good a place as any.  Also, just look at that hair!  Cyndi gets her money’s worth for every ounce of Aqua Net. 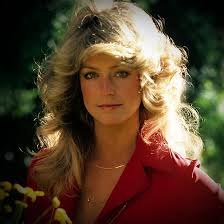 It can be argued that the big hair revolution began with her.  It is also quite possible that the hairdressing for Charlie’s Angels was solely responsible for the hole in the Ozone layer over Antarctica that we used to hear so much about.  Think about it, Charlie’s Angels goes away, and so does the hole.  (Disclaimer- correlation does not necessarily equal causation.  Science, sucking the fun out of things since. . . forever.)   Pretty much, however, late 70’s Farrah could have worn a bird’s nest on her head and young girls would have done it too.  Also teenaged boys would have dated those girls.  We miss you Farrah! 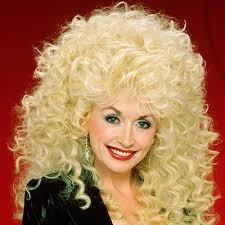 The husband warns me that there might be wigs involved here too, but when that wig style is actually named for you, you get a pass here at JENerally Informed.  Besides, is anyone going to believe that there is actually anything fake about Dolly Parton? Well, besides those eyelashes of course. . .  The great thing about Dolly is the longevity of her hairstyle, and not only does she look so stunning with big hair, but she seems to enjoy it so much and likely doesn’t care what anyone else thinks.  That’s commitment and we respect and admire that here when considering these awards.  Also big props for sticking with the same color, which should probably be trademarked. 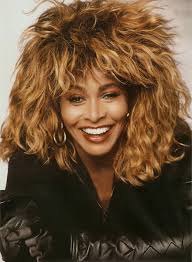 This just feels right.  It was neck and neck with Dolly right up until the end.  Although the “Dolly Parton Wig” is a thing, if you just get a random big hair wig, it is likely modeled after Tina Turner, who we want to recognize as an underrated national treasure.  Although many have rocked the big hair, short skirt, and long stilettos, nobody, but nobody, has ever done it better and for as long.  She still looks great at 74 and her hair still has marvelous elevation. 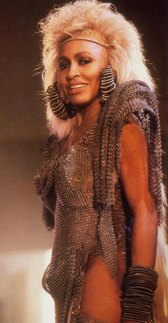 We also have to point out our favorite of all time post-apocalyptic big hair is in the movie “Mad Max-Beyond Thunderdome.”  Smokin’!