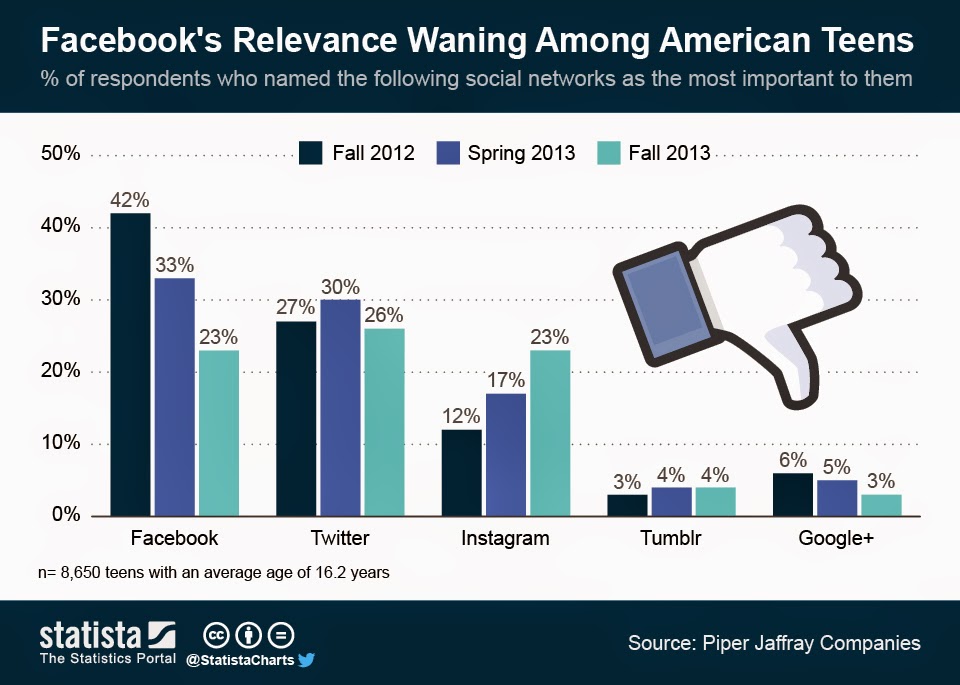 It’s time for this week’s edition of Man- day from Jensguy.

Artist Andy Warhol once stated “Everybody is famous for 15 minutes.”  The same is doubly true of technology.  Every piece of important technology will get superseded eventually.  Companies that have once ruled the world will fall away like the Ottoman Empire.

It is hard to fathom the success that Facebook has had.  They currently have about 1.2 BILLION users with a healthy 61% of monthly users logging on almost daily.  That isn’t going away overnight, but it is very clear that Facebook has reached its peak.  Here are a few of the warning signs: 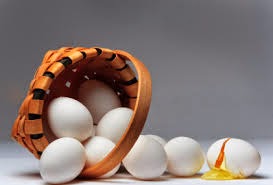 1.  They are developing Plan B.  One of the valuable lessons learned from the failures of IBM and Xerox in the early 80’s is that remaining static in your product offerings is almost certain death.  You must diversify your product base.  Think ipod and iphone with Apple and Xbox with Microsoft.  It is important to separate your eggs into multiple baskets.

Facebook is currently shifting their eggs.  Instead of rolling more functionality into their flagship product, they are breaking it into pieces.  Chat functionality will be discontinued on mobile Facebook and will be funneled into a separate, detachable application  (Much like AOL instant messenger which far outlived mainstream AOL.)  The future of picture sharing appears to be moving to Instagram, which Facebook purchased and is developing outside of their main product.  Those are some industrial strength escape hatches.

2.  The highest value user base is declining.  Ultimately people read Facebook for the content and to be entertained, and the ratio of great content is not growing.  Almost all of the new subscriber growth is coming in developing countries.  Lets face it, not a lot of people are clamoring for new content from Outer Mongolia.  Meanwhile Facebook is bleeding subscribers, especially younger people, in its established markets.

That is a drop of almost 50% in the space of a year.  Another year of that and Facebook will start looking like Shady Acres. 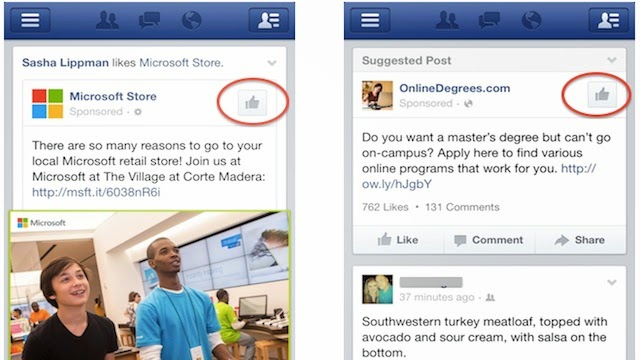 I don’t recall “friending” Microsoft Store or OnlineDegrees.com and these fake posts don’t scream “customers really wanted this!” to me.  What it really looks like is: 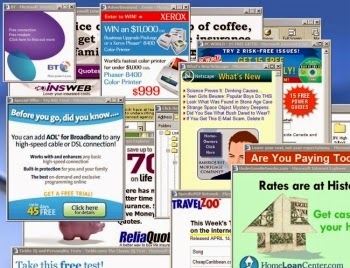 Think 90’s era AOL or MySpace right before it died.

4. It’s just not that useful for marketing.  When Facebook was newer, it was actually quite easy to build a brand with it.  Much of that functionality has been “nerfed” (made less powerful)  in favor of moving the focus to paying customers (remember when you could actively push content to subscribers?)  However, it is pretty common knowledge that paid marketing on Facebook is rather weak.  A recent Forrester survey showed that Facebook creates less business value than any other digital marketing opportunity.

5.  Facebook was just never built for what many people are trying to do with it.  If you go back and watch “The Social Network” (not that I am recommending the movie) it becomes clear that Facebook was meant to be a tool to keep up with a limited amount of friends and family, not to be a large platform to launch a following of several thousand people.  In its original capacity it works very well, but there are now several other social networking options that fit the “one to many” need much better than Facebook does such as Twitter and Instagram.  If you are trying to keep tabs on your cousin in Kentucky, a local PTA group, or for the more disturbed, your old boyfriend from high school, Facebook will always be useful.  If you are launching a book or website, Twitter allows you much more freedom (and without the glaring ads.)   The large use functionality was what was promised to investors, and Facebook just hasn’t delivered. 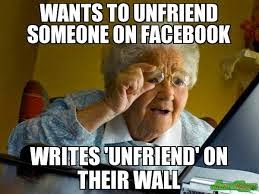