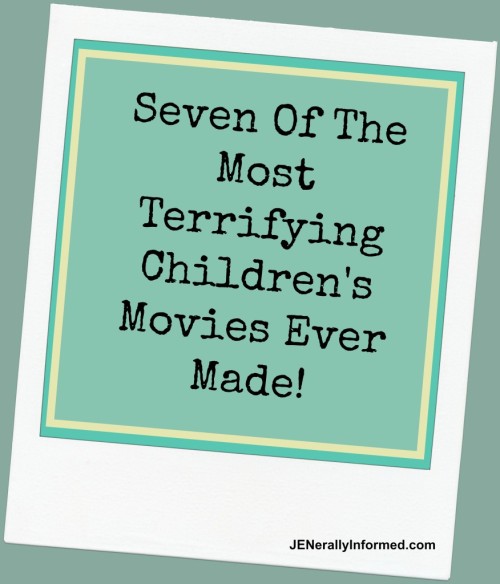 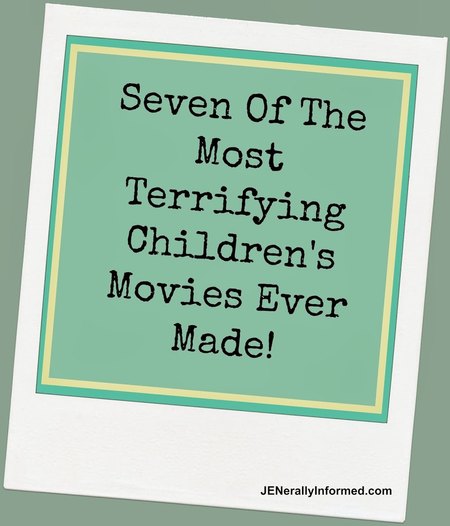 Nowadays, a children’s movie is usually one that young children will enjoy and leave having learned something and feeling happy about the world. If my children had to watch the movies that I did as a child they would be scarred for life, much like their mother is. Take a look and tell me if you agree that these movies shouldn’t ever be shown to young children.  I’ll do my best to make this spoiler free just in case you want to disregard my pleadings and inflict these on your children.

Something Wicked This Way Comes 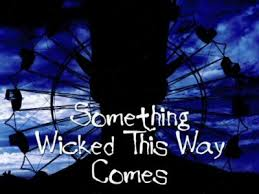 Who am I kidding this movie still scares me as an adult.  Honestly this movie is scarier than just about any horror movie I have seen, with the possible exception of “The Shining,” and it is Disney family fare.  Forget “Saving Mr. Banks,” I want to see a movie  about how THIS passed the production process at Disney. 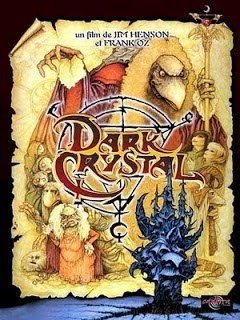 Jim Henson made some of the most iconic, cute, and lovable characters of my childhood.  He also made things that still give me nightmares.  I don’t think that was what he was attempting to do with this movie, but there it is anyway.  It may be critically acclaimed, but I can’t get past the freakishness of the characters, especially those evil Vulture things.

The Watcher In The Woods 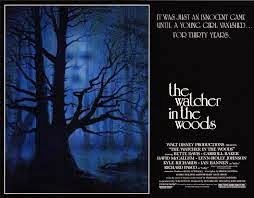 The ending lets off the gas just a bit, but there are moments in this film where icy cold terror shot down my veins.  It does an excellent job of setting up the next scare and letting you use your imagination to make things scarier than what the movie actually shows, like Hitchcock, only aimed at the audience of “The Parent Trap.” 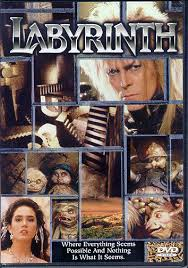 Baby stealing, creepy old guys (even though it is a cool creepy old guy like David Bowie) pursuing teenagers, and trolls.  Seriously.  Not technically meant to be in the horror genre, but delivers something akin to the “get out of the house, he’s calling from upstairs!” misadventures in babysitting vibe.  Except with freaky trolls.  I did mention the trolls, right? 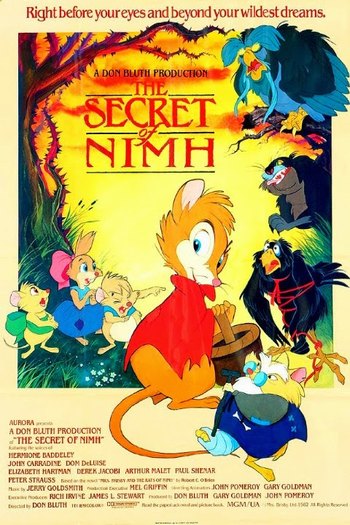 Take a happy mouse family, kill off the father (not part of the plot, backstory) and send the mother on a dark almost post apocalyptic quest to save her sick son before he literally gets plowed under by sharp steel blades.  That is just the charming intro.  The actual journey is filled with predators and heroes who will scare the bejeebers out of you as well.  Don Bluth, the creator, once spoke at my University.  I considered pelting him with vegetables due to childhood night terrors.

Once upon a time there were these cartoonists named Arthur Rankin and Jules Bass who created the beloved stop-motion Christmas specials that kicked off the Holiday Season and everyone was happy, the end.  Except. . the animated movies, those scary, likely LSD-fueled animated movies that afflicted and traumatized children.  The Last Unicorn is one of these movies.  Full of brooding and despair, the heroes tumble from tragedy to tragedy, before kind of running into a moderately happy ending with caveats.  My husband bought this and actually showed it to my oldest daughter when she was 6 and that is why she is the quiet one. He is still doing penance. 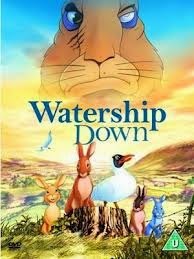 Back in the day before people actually owned VCR’s (my youngest children barely even know what a VCR is,) you would rent a VCR likely for the weekend and some movies.  Sometimes you would get Beta, but that is a different post altogether.

My mother rented what she figured was a cute movie about bunnies and plopped her 4 year old in front of it and left.  That movie was Watership Down.

If you haven’t seen Watership Down, Imagine taking cute bunnies and pretty much playing out the plot of Gangs of New York, except maybe throwing in some Nazis and cranking up the blood and violence to 11.  That puts you in the ballpark.  Talk about scarring, this is numero uno on my list.